Remember the “your brain on drugs” commercials? You’d see the egg frying in the pan, and then the announcer’s voice would say “this is your brain on drugs.” What do you think of the Your Brain on Computers take on this? 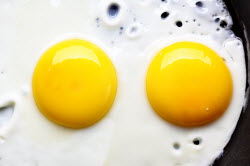 It makes it sound almost as bad as your brain on drugs.

That brain on computers theme is from the New York Times piece earlier this week, with the full and scary title:  Your Brain on Computers – Overuse of Digital Devices May Lead to Brain Fatigue. This is not a pretty picture, but it’s the New York Times.  And it cites research. So we have to believe it. Have to.

Author Matt Richtel (of the San Francisco bureau, of course, part of the Silicon Valley … everybody is petting their phones constantly) notes how people fill every last minute with connection. Waiting in line, exercising, they are also checking email or linking somewhere on their phones. He warns (with research studies to cite):

The technology makes the tiniest windows of time entertaining, and potentially productive. But scientists point to an unanticipated side effect: when people keep their brains busy with digital input, they are forfeiting downtime that could allow them to better learn and remember information, or come up with new ideas.

Me, I hate waiting in lines. No, come to think of it, make that HATE waiting in lines, with more emphasis. If I get trapped waiting for something, anything, I’ve got my phone in an instant. If I run out of email, then there’s twitter, or, if I’m really desperate, that novel I’ve been reading.

But studies, or so says this story, indicate that it’s not that simple. I should breath deeply and reflect on things, absorb things, maybe – God help us all – think. Here’s another quote:

Almost certainly, downtime lets the brain go over experiences it’s had, solidify them and turn them into permanent long-term memories,” said Loren Frank, assistant professor in the department of physiology at the university [of California], where he specializes in learning and memory. He said he believed that when the brain was constantly stimulated, “you prevent this learning process.

This would have worried me, if I’d stopped to think about it. Instead, I turned to my phone to check email.