Young Entrepreneurs: They Are Lying to You

All over the web, on Q&A sites, blog posts, and so on, in panels and conferences, and in the occasional book, know-it-all alleged experts are lying to young entrepreneurs about the value of education. They sprout clichés that are unrealistic, impractical, and that when taken to an extreme, are even tragic.

Lie: A startup is better than an education. 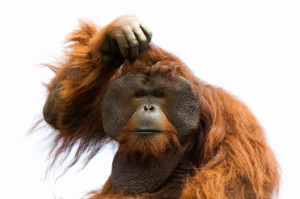 It is so not true, but sadly also so widely believed.

That’s crap perpetuated by wishful thinking. Sure, starting a business sounds better to you than sitting in a classroom or doing homework. And, when studying bogs you down—as it does at some point for all of us—they tempt you with this lie you can turn to instead: “You don’t have to do this. You’ll just be an entrepreneur. Way more fun.”

Tragic? Yes. They throw you off track. Tragedy is what might have been, but isn’t because something—lies, maybe laziness (that’s what makes those lies work)—got in the way. I learned that in a classroom at college. They are like those beautiful sirens—mythological Greek ladies, sexy as hell, singing from the sidelines—who lured sailors off course and into the rocks.

But no, wait. You don’t have an education, so you have no idea what that reference is about. Unless you saw it in some low-grade movie.

Truth: Get your education first.

Don’t kid yourself: You get the education when you’re young because it makes your life better.

First, it means doing something hard, something that takes a few years, and that builds you up. You do homework, you take tests, you write papers. You lose sleep turning work in on time. You grow. You face challenges and overcome them. The best path goes uphill sometimes. You can’t always take the easy route; you’ll end up nowhere.

Third, it’s about options. Ten and 20 years will go by really fast. If you have a degree, then you have options. You have more choices. If you don’t get an education, someday there will be a thirty-something-year-old person living in your body, cursing you.

And, by the way, study what you like doing. I majored in lit, then did journalism in grad school. Ten years later, I went to business school. I ended up a software entrepreneur, writing my own code in the beginning. Your business success—or lack of it—isn’t what you learned or didn’t learn in school. It’s who you are. Life is way better with an education, but it doesn’t have to be a business education. Your education is part of who you are. Business is fine if you want to study it, but if not, no sweat. You can still do your own business later.

Yes, there are an extremely rare few who have earned the right to scoff at education. Peter Thiel, for one; nobody can doubt his credentials. He’s not just another amateur expert reading what everybody else says. And yes, Steve Jobs, Bill Gates, Mark Zuckerberg, and a few other rare exceptions. Each of them is one in several million. And all three of them were dragged out of education by one of the biggest deals of the last 100 years. Rumor has it that Jobs actually got the education by auditing—without getting the paperwork—at Reed College. And you won’t find either Gates or Zuckerberg claiming others should drop out. And you aren’t them. They are exceptions, not the rule.

Don’t risk real life betting on yourself as that one in a million. Give yourself options. Look at the odds.

Give yourself time. Startups take seasoning.

In the real world—for the rest of us—actually starting a business takes seasoning first. You need some time. Work as an employee, keep your eyes open. The right time will come. It’s not one of those “now or never” situations until you pass 60 or so. Most of us need a decade or so in the work world, at least, before we’re ready to start our own business. I was 33 when I went out on my own, and 45 when it finally took off.

A few decades ago, before this craziness started, I took a course in entrepreneurship from Steve Brandt, at the Stanford Business School. Look him up on Amazon. It was a privilege I still appreciate.

Toward the end of the course, he paused, looked up at the lot of us, and said (something like): “Listen. I’m not saying you’re supposed to pass this class, graduate, and go start a business. That’s not realistic. You’re too young. You need more experience. So, if you’re serious about this, what you do now is choose the stream you want to swim in. Take a job in an area that interests you. Wait until you’re ready.”

A few decades later I was teaching entrepreneurship part-time, having built my own business, when one of my students asked me how he could set up a business in coffee roasting right out of school. He wasn’t the typical undergrad. He was married and in his middle twenties. I told him to work with a coffee roaster first. He did, for two or three years. Today, about 10 years later, he and his wife own a successful multi-location coffee roasting business called Back Porch Coffee in Bend, Oregon.

If you do get that education, you’ll have a huge advantage over the uneducated in distinguishing data that matters from data that doesn’t. So you’ll realize I’m right. But for a quick data fix, check out what the Kauffman Foundation discovered when they analyzed 479 successful high-tech startups. Here’s what they say:

Conclusion: They are lying to you.

Before you swallow entrepreneurial advice from anybody, ask first whether they’ve ever built a business. And even then, don’t believe them; think about it, and decide for yourself.

Don’t believe me either. Look around you.