Would You Make A Stupid Corporate Move Like This One?

Well that’s dumb: This is a true story, although I changed the names.

Jack does sales and marketing for Acme Widgets. Acme’s a big company. Jack’s been there for years, he has clout, but he’s not a VP. He likes the product and lots of people in the channels, some of the people he works with. 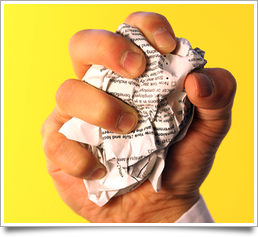 Until recently he ran a blog about widgets and how to use them. He did it on his own time, under his own name, but his content focused on Acme products, how to use them, how to sell them, etc. He included tips, case studies, and related news, and all positive and upbeat.

No longer. Acme told him to stop it. They had him take off the logos and any indications that his blog might have been officially sponsored.

I think that’s a dumb move. I’m guessing they’re worried about controlling the brand, or maybe about somebody having a piece of the brand outside of the legal control. Maybe some higher-ups are nervous, maybe even jealous, or worried about who gets what credit. And maybe I’m wrong on this point. I have no idea what the corporate explanation was. I just saw the formal announcement.

I think it’s a great example of people wanting control instead of leadership.

I think they should have given him a bonus and a budget to work with, maybe at the same time establishing guidelines to keep the corporate branding people happy.

Is it really just big-company behavior? Be honest: would you do that in your business? You think not, but I posted here years ago where one small business was uncomfortable with an employee who was taking “too much ownership.” It happens.