Wishing You’d Had The Perfect Response?

… you can often go back later and change what you said.

Do you know what I refer to? Some exchange in the workplace, it all happens very quickly, and later you find yourself wishing you’d said something else, or something different? 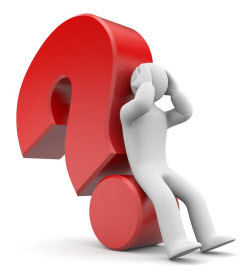 You don’t like your answer, but the moment has passed.

If you don’t have any idea what I’m talking about, then you’re very lucky. You have great instinct. Enjoy it.

If you do, then consider this advice: a lot of times you can go back later and reopen that conversation. You can revise what you said. You do get a second chance. No, not always; and you can’t unsay anything anymore than you can unring a bell.

I don’t know why it is, but I’m sure a lot of us think conversations, once had, are locked up and closed. Not always. Try it some time. Go back later and revisit that same issue, but with a changed mind. Try this:

“You know, I’ve been thinking about what we said the other day, about _____, and I think we missed something.”

Or maybe it’s as simple as saying “I think I got it wrong” or “I think we both missed something.”

We live in a very fast world. It’s hard to get everything right the first time through. Some people are better at the initial go-around, and some people take more time to digest.

So do yourself a favor. If you with you’d handled it differently, don’t give it up entirely. Reopen it and add some more conversation to it.