I’m starting to realize I hate the word “networking” used as a verb, meaning – apparently – some variation on connections with people for self-serving business use. Business networking my [whatever]. 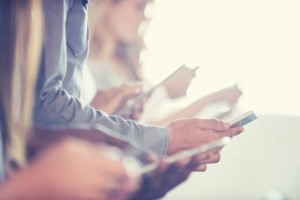 I’m pretty sure people are actual living breathing human beings, for the most part. Not nodes. Not assets. Not resources to be tapped later for favors. Real connections with other people are the spice of life, but you don’t get real connections with more than a few people because they take actual reciprocity, caring, and giving. You keep up with people and sometimes you discover a situation in which one of you can help the other, and that makes both happy. But that’s not business networking. That’s living.

I’ve heard a lot about so-called networking for decades now, starting when I was in business school for two years. Some of the faculty and some of my fellow students talked about networking with reverence, as if one of the main benefits of two years at school was the network we were all supposed to build with each other.  If they’d just called it meeting people, or friendship, I would have been fine with it. But networking always sounded uncomfortable to me, like talking to people now because I would use them later.

I did the MBA married with three kids and working at the same time, so I didn’t make any real friends. I spent whatever time was left over with my family. I did end up with a few dozen people I liked and am still, decades later, happy to hear from. But the idea of asking some business school colleague from decades ago, with whom I haven’t communicated in years, for a favor? I would never do that. Would you? Apparently, if you read all the praise of networking as a business skill, you’re supposed to.

The best networker I know never used that word and did it by accident, unconsciously, by offering help to people he knew. He was in a large high-tech company and over time his genuine help for others created for him a collection of people who vouched for him in the office politics the once or twice that his situation soured. He keeps up with people because he wants to. He does favors on occasion, and we return those favors. It’s all genuine. Is that networking? You tell me.

So what’s wrong with networking? That’s up to you. But I like the chorus of one of my favorite Bob Dylan songs: “It ain’t me, babe.”