What if Starbucks Were Web 2.0

[Note: I posted this first yesterday on the Huffington Post.  I am cross posting it here for the convenience of my readers on this blog. Tim]

I can’t help noticing that, even as Starbuck’s Paul McCartney coup in the music business soars, its stock continues to fall, hitting another 12-month low on Friday. The market says Starbucks is worth about $9 billion. Meanwhile, over in the Web world, Facebook is a “Screaming Buy” for billions of dollars, and Rupert Murdoch is looking to sell MySpace to Yahoo for the equivalent of $10 billion. 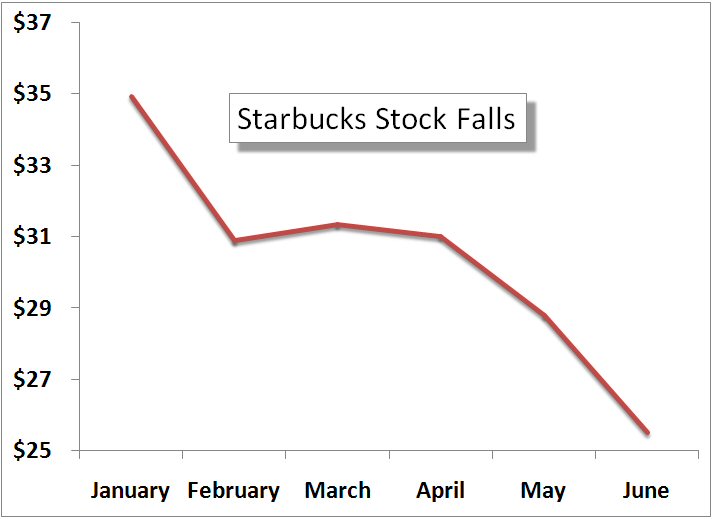 Starbucks sells about $800 million, and makes about $50 million in profits, in an average month. Facebook sells $5-$8 million monthly and makes little to no profits. MySpace sells about $30 million per month, and makes, well, nobody’s talking about profits. But everybody’s talking about how Rupert Murdoch bought it two years ago for $580 million and is trying to sell it for $10 billion. Those are Web-worthy profits, like back in the dot-com boom days. Profits are made from flipping it to a higher bidder.

Starbucks owns–and I mean owns, it’s not a franchise–about 13,000 coffee shops. There are 196 Starbucks locations within five miles of the Huffington Post offices in lower Manhattan. Just adding a brief lunch menu, earlier this year, means an estimated $30K per year per store included, 4,800 of them so far. That’s about $144 million per year. 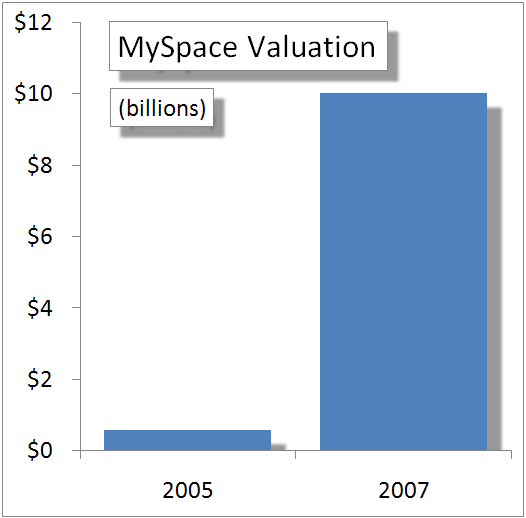 What’s the difference between this and that last bubble, the dot-com crash in 2000? Plenty. First, these and other highly-valued Web 2.0 sites can generate money. Maybe not as much as Starbucks, but money nonetheless; millions of dollars every month. They don’t just dump money into traffic. Second, they pull people into it. The key difference between this Web 2.0 boom and the first dot-com boom is participation. People don’t read, they write, own, and customize their Web spaces. Third, the economic platform. Facebook and MySpace have both become opportunities for add-on providers to make money.

Is there any certainty? Hardly. You might remember Friendster, a previous industry darling that failed. There’s so much that could go wrong on the way to the billion-dollar payoffs. One of my favorites is simply People will stop checking their Facebook profiles when all their friends stop checking their profiles. That one, by the way, is in a comment to a good post, listing five things that could kill Facebook.

Which brings me back to Starbucks as Web 2.0. All they have to do is get us to ignore those 13,000 stores and start talking about standard Web measurements: visits and conversions:

Visits: hmmm, 13,000 stores, how many customers per hour, per day, per week go into those stores? How many repeat visits? How many minutes per visit? I’m not going to do that math. I don’t think Starbucks can hold up to Facebook or MySpace, but they get a lot of visits.

Conversions:  Wow! On the Web we look for conversions as percentages of one percent, but the Starbucks conversion rate has to be 80-90% or more, right? What percent of the visitors to Starbucks actually spend money?

To some extent, the Starbucks visit is what the Webmasters of the world drool for. People line up, wallets in their hands, waiting to spend money. Starbucks sells them an addictive substance too, and it gets them waiting in line long enough to get interested in the daily newspaper, the gifts, and — back to the new Hear Music label — Paul McCartney’s new CD.

In the Web world we watch how long people stay at a site. Generally the longer the visit, the better. I wonder what the average visit in Starbucks is. Retailers long ago discovered the advantages of giving bored people waiting in line something to browse, and perhaps buy.

That’s probably as far as we can stretch this Web metaphor for a coffee shop business. I’m tempted to add in the online aspect of McCartney CD sales, but that pulls away from the idea of selling to people waiting in line.

Ultimately, despite the intriguing addition of downloadable music sales, what makes the new Web look better in valuations is the approach to infinity. As Starbucks talks about expanding those 13,000 stores to 30,000 and even 40,000, you have to imagine an amazing density of locations, a lot of competition between them, and a lot of old-fashioned logistics related to coffee beans, milk, CDs, etc. There’s a limit to scale. With Facebook and MySpace, on the other hand, they can multiply users until they run out of people in the world with Internet connections, and not have to deliver anything to the alley behind the store.