What’s a visionary sheep? Is that a good thing (visionary) or a bad one (sheep)? The person using the phrase at www.thefunded.com followed that phrase with “Only one of them has the guts and the vision to try something new and then the rest follow.” 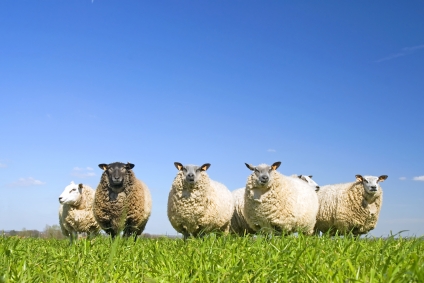 That’s part of a “heated debate” at the venture capital review site www.thefunded.com, where my post Is There a Catch 22 of VC Funding? highlighted an interesting and very well written open letter to the VC community. That was on my new Up and Running blog at Entrepreneur.com (companion and complement to this blog, by the way, not a replacement). The debate is front page news at thefunded.com today.

It started with an open letter from Mike Glanz of hireahelper.com, who complained that he was stuck in a very slow (“stuck in pudding”) process of raising money for a pretty interesting concept that has already launched and been able to generate traffic and sales growth in its first few months. Sales doubled from month two to month three. He says VCs aren’t interested in his venture but are interested in one he posits as a straw man, which has a team member who was an executive at Realmedia. He’s frustrated.

The “VCs are visionary sheep” is only one of several threads coming out of that open letter and the comments that followed. Aside from that, several people point out that the VCs are running a business and the experienced team is a major factor, explaining why Mike got less interest than the other comparison venture. Some suggested getting one star with experience on the team, some suggested aiming more strategically at lesser funding to prove the concept, and several thought hireahelper might be able to fund itself by bootstrapping, without needing venture capital.

Still, Mike Glanz may ironically succeed in finding startup financing while proving himself wrong with his complaint, because his letter is very well written and has clearly struck some nerves. I’ve never met him, and I know nothing about his business, but he did get some attention where it matters. I’ll be following up here with updates when I get them.