True Story: Winning a Lawsuit Was a Hollow Victory

In all my life I’ve only sued somebody once. It was a business lawsuit by my company and we won big. But it probably wasn’t worth the time, money, or effort. 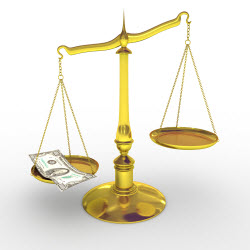 A competitor had released a retail package that made claims so patently false that when we sued in federal court we won the case in a single day. We got an immediate injunction against them, which, I’m told, is as good as it gets for false advertising. They were told to stop selling those boxes immediately, and forever.

Sounds great, right? A good argument for suing somebody? But no. The rest of the story is that it costs us just under $75,000 in legal costs, and our adversary weaseled out of compliance with a collection of excuses and delays, and there was no authority to actually enforce the injunction well. We would have had to file another lawsuit.

And the fact that they were blatantly imitating our packaging, changing colors to match ours, stealing tag lines, confusing people on purpose? Even the judge noted, in the opinion, their intention to copy. Our own sales reps complained at first that we had released a new version without telling them. But that’s not illegal.

If we could go back in time, would we do it again? I say yes, begrudgingly. The false claims were really messing with our market. Did we really win anything worth winning? I doubt it. Does this conclusion make sense? No. There’s no way to tell what might have happened had we not objected, so whether it was worth it or not is impossible to really tell.

Live and learn. And maybe you can learn from my stories without having to duplicate my mistakes.