True Story of a Natural Networker

Coincidence or synchronicity: two days ago I had a heart-to-heart talk with somebody about partners in business, and the natural networker concept came up in reference to a specific person I know. We were talking about partners and complimentary skill sets. He does what I never could. I’m not going to give you his name, but I call him Ralph. 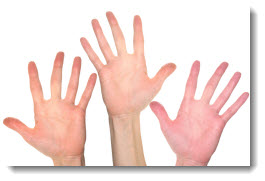 This story started in the 1970s before “networking” was a word that any of us used. Even in college, Ralph was a natural friend, somebody who liked other people and was always ready to do somebody else a favor, when he could.

Ralph was never subservient, but he was always helpful. That was in his bones, as pure instinct. He was the archetypical nice guy. Everybody who knew him liked him. And because he did favors, he got them back. He was also smart and he was a hard worker.

What’s important to me is that this wasn’t Networking like we talk of it now, as a business tool, a set of tasks, something you’re supposed to be doing to succeed. It was just being a nice guy, and helping others when he could. It was never contrived. It was never thought out. At least, I’m pretty sure … and maybe almost never.

But when there were problems in the large company he worked for, and Ralph was set up to be the scapegoat, he didn’t get fired. He had too many people in the company speaking up for him. I saw that happen twice. He hadn’t failed or performed poorly, but it was a large company, and if it weren’t Ralph, he would have had to take the hit. He didn’t.

And when he needed help from somebody, he didn’t mind asking, and they were generally happy to help because that was returning favors he’d already done.

I always admired that natural instinct. It’s a good way to be. Good vibe, as we used to call it; good karma, if you like that word; and good business. I was never so outgoing, but at least I had the sense to respect somebody who was.  And still is – we’re still friends, 30 years later.