True Story: How I Took on New Employees for my Startup

Here’s a key moment in a successful bootstrapping business. This is as an answer to a question I received over my ask-me form at timberry.com. 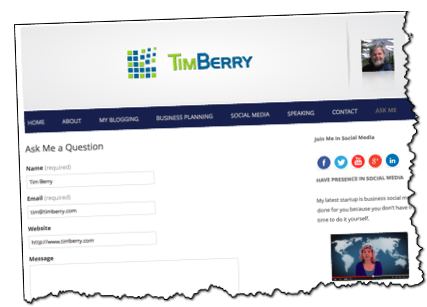 Back in 1993, Palo Alto Software had been mostly consulting with a stubborn insistence on software products that were not paying for themselves (yet). I was troubled with the risk and fixed cost of hiring people to help with my then-fledling software company. This discussion was about hiring somebody to answer the main phone. We were broke. We had no employees.

“Think of it this way,” my wife said, “you’re really buying your own time for her hourly rate. This frees your time for more important work.” And she was right. And very helpful.

We had started Palo Alto Software with just me doing the product, documentation, marketing, sales, administration, and support. For the first few years of it, the business was mainly my business plan consulting, while I worked stubbornly to develop software products so we could “sell boxes not hours.” (Boxes, by the way, because we started before the Internet made software downloadable.) My wife and I comforted ourselves with that as a mantra, while we signed liens on the house and piled up credit card debt.

And so it was this idea, buying my own time by paying other people to do things that I had been doing myself, that guided our hiring as Palo Alto Software began to grow, in the middle 1990s. I hired phone answering first, bookkeeping second, tech support, and then sales. In all cases I was keeping product development, strategy, and marketing for myself, and finding people to free me of the business tasks I didn’t like.

Hiring out sales was a big deal, and a huge relief for me personally. That started with somebody with amazing persistence to keep calling distributors who didn’t return calls. He left hundreds of voicemails with some distributors before they finally called back. I would never have had the patience for that. And then, better still, an outside sales representation firm that was entirely variable cost, meaning that we paid them a percent of sales they made, and only after we got the money from the channels.

The hiring out strategy paid off in 1995 when we grew from about $300K in annual revenue to almost $2 million. That year we replaced spreadsheet templates with the first stand-alone Windows application for business planning, Business Plan Pro. And that took me letting go of my spreadsheet macros, and getting professional development to create the application from the templates. I wrote only a third of the code of the first Business Plan Pro. I worked with a development company for design and development, on a cost-plus-percent-of-revenue basis.

So there were two themes to Palo Alto Software growth from consulting to product-based, and from single founder to dozens of employees. The first was “sell boxes, not hours.” The second was buying my own time back for myself by bringing on other people to take tasks away from me.

4 responses to “True Story: How I Took on New Employees for my Startup”