It’s been a back and forth problem since personal computing started in the late 1970s. Some technical standards make things easier for everybody; but they also dampen competition, creativity, and innovation. 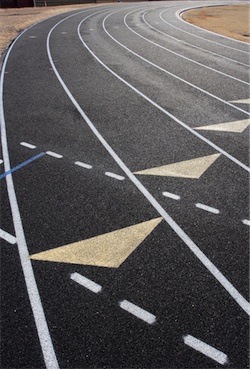 Standardizing operating systems in personal computers made a better market for software developers and software users. When MS-DOS took over in the middle 1980s, and became a standard, suddenly “PC Compatible” meant something. There were more programs, more options, more tools for developers. When Apple brought out the early Macintosh, it also brought out a new standard, and a problem for developers. Do we move to the new operating system?

Nowadays we have the Mac, Windows, and Linux. We have the iPhone, and windows mobile, and Palm, and now Android. We have Firefox, Internet Explorer, Safari, Opera, Chrome … the Wii, PlayStation, etc. Software developers have to choose. Consumers have to choose. There are different mini markets. Guess wrong, and your business is out of luck.

Sometimes I like it. Competition keeps everybody sharp. And then there’s something available for what I don’t have, that isn’t available for what I do have. And all kinds of cables and power chords and plug-ins left over. What do you think: best of all possible worlds? Competition over all? Or standards and compatibility? Seems like it’s one or the other, but never both.

2 responses to “Standards vs. Competition”