So Many Tools, So Little Time 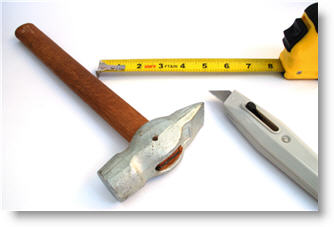 What’s worse than no to-do list? Two of them.

How often do you change your tools — meaning personal productivity software — instead of using what you already have? I do that way too often. It’s a bad habit, a way of avoiding the real issues of getting organized and getting things done by distracting myself with the tools instead. Recently my Outlook calendar fought with Plaxo so I moved my calendar to Google calendar. But then I got the iPhone and it synchronizes with Outlook two ways, and Google only one way. *Sigh*, so then I got a utility to synchronize the Google calendar to Outlook. But, ooof, my iPhone will talk to only one computer, and I need that to be a laptop when I travel, so I had to resynchronize with that one.

Then my company decided to replace our mail server with Zimbra, which has its own calendar, but don’t worry, it synchronizes with Outlook, but then, Oh NO!, it doesn’t work with Outlook 2007.

For several weeks now I’ve been intending to comment on this wise suggestion from Jeff Cornwall of the Entrepreneurial Mind: Link: Technology Can Make a Difference, But Focus on Its Efficiency Ratio.

“That is also how technology can work best for a small business. Wait until they get it right and wait until the wild-eyed first adopters are done bidding up the prices for the latest and greatest gadget. I was one of the last people I knew in business to get a fax machine in the 1980s. But by the time I bought one they worked really well and the prices had fallen through the floor.”

Yes Jeff, I think you make a lot of sense with that one … except that I find getting the newest things is so marvelously entertaining. I’m on my third iPhone already, I confess, the first had battery problems — Apple replaced it very quickly and very free — and the second, gulp, I dropped. It still worked but the on-off button didn’t. And having Vista and Office 2007 is screwing up the switch to Zimbra for me, but then I was already confused by accounts for Google apps, Zoho, and Entrepreneur Assist, all of which do the same thing, sort of, that Microsoft Office does. So where did I leave that text I was working on?

Now I need a tool that has a system to keep track of all my tools with systems.

I think it’s a long-term character flaw. I wrote several books in the middle 1980s using an early Macintosh, an even earlier CP/M computer, and a DOS computer. I used to change word processors just to cut the monotony of the same commands. I particularly liked Perfect Writer because I could change the interface just for the hell of it, when I had nothing better to do. Of course, I never had nothing better to do, but I changed it anyhow.

And to put a management point into this piece, I’m sure I’ve seen signs of the same phenomenon in management teams and groups. Are you in a group that’s moved from Yahoo Groups to its own wiki to Sharepoint to something else? Have you gone from Microsoft Project to 37signals to something else?