Sometimes you have to step back and just plain enjoy the wonder of it. For me, shortly after my 62nd birthday, it’s been amazing, wondrous, and so much fun. Every so often I have to pause and reflect. The computers, the phones, the media options … it’s all amazing. 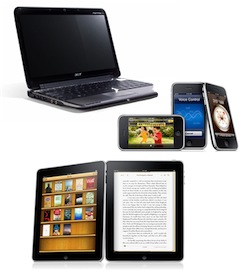 Most of you have grown up assuming cell phones, transportable video, and computers are everywhere. Can you imagine that when I was growing up we had three channels on the television, in black and white? We were already in our thirties before we had videotapes so we could watch movies at home. To see a specific TV show we had to plan our evenings and be ready at the television when it started. And we all watched the commercials together.

It seems like you have to be almost my age to be able to remember when we used typewriters and Wite-Out regularly.

In my first real job, as a wire service correspondent in Mexico, we’d have multiple typewriters on wheels. When a new story came in, we could leave the story we were working on in place in one typewriter, and then start the new story with another typewriter. And to change paragraph placement, we literally cut and pasted; with scissors cutting the paper, and real paste, to paste it back together. That happened all the time.

I think my favorite part of all this is remembering back in the early 1980s, as personal computers started to spread. We had the Apple II, the IBM PC, Radio Shack, and others. I was in Creative Strategies, doing market research for high-tech clients including IBM and Apple. We were paid to sit around and imagine what might come in the 1990s and beyond. We got good money for it. And we had no idea. We were so far off, it’s fun to try to think back to how low the horizons of our visions were.

Oh, and there’s this: in the middle 1980s I traveled a lot in Latin America, doing market research and planning consulting for computer companies, carrying the 34-pound original Compaq computer. And as bad as that sounds, it was a huge step forward. Later,  in early 1991, I traveled back and forth to Japan about once a month, using the first Macintosh Powerbook: monochrome only, it weighed eight pounds if I remember correctly. But there too, it was another huge step forward.

The capabilities of the iPhone, the Droid, the netbook? Absolutely amazing. The first computer I worked on, a 1979 AM-Jacquard minicomputer, cost about $129,000. It occupied a room of its own, took up the space of a walk-in freezer, and had a huge disc drive system involving 10-pound metal platters that each had capacity of 5 megabytes. And that was huge. It was hard to imagine using that much storage space up, ever. My iPhone has 64,000 times more storage space.

I could go on all day with comparisons like that. I love new technology. I love gadgets. I love the Web and social media. And it helps me enjoy it all when I remember how far we’ve come. It’s all amazing.