Seth Godin posts “The Netflix of …” today on the value of being an original instead of an imitator. We have the general assumption of first mover advantage and first to market, and nobody wants to be a copy. However, sometimes it’s better to be the second or third to market instead of the first. 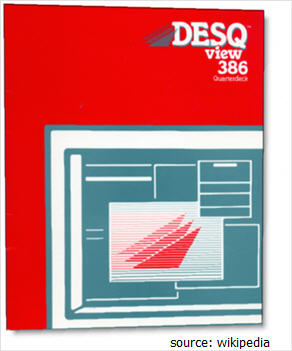 Does that sound crazy? Back in my consulting days I had a client from Quarterdeck Office Systems who was very disappointed the week after VisiCorp had introduced VisiOn at COMDEX. Quarterdeck wanted to be first with a graphical user interface working over the operating systems of the day (remember DOS?) but VisiCorp beat them to it.

VisiCorp died less than two years later. Quarterdeck Office Systems went public nine years later, valued at $182 million (not so much these days, but in 1991 that was a lot of money). And my point, with that entrepreneur back then, is that sometimes second or third is better, because investors understand what you’re talking about.

I followed up afterwards with a Palo Alto venture capitalist David Gold, over lunch. “Often it’s better to follow somebody into the market”, he said,  “because it’s so much easier to explain what you’re doing. We’re just like so-and-so except that we do it this way, or that way, obviously some better way.” That of course is a much better story than just plain “we’re just like Netflix.” Seth makes the point that Netflix’ model tracks back easily to the nature of the DVD business, where being the “Netflix of purses or watches” doesn’t generate immediately obvious images.

However, there is something to coming into the inflection point of the markets, when people understand what it is. Amazon.com was not the first website selling books, Google wasn’t the first searcher (not even Yaho0). Neither Toyota nor Honda had the first hybrid auto. 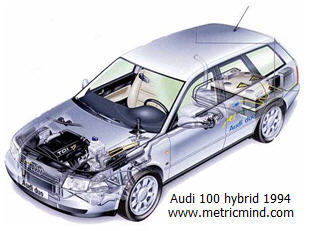 You’ve never heard of the first supermarket, but Safeway and  Kroger’s followed along a little later. McDonald’s came along after Automat, White Castle, and many others.

In the world of high tech and venture capital, Microsoft Excel wasn’t the first spreadsheet integrated with graphics, nor was Lotus 1-2-3. Does anybody else remember Context MBA (there’s a blast from the past … do you think the “MBA” in its name hurt it?). The Macintosh wasn’t the first graphical interface operating system either (does anybody remember Xerox Parc and the Xerox Star?). The first personal computers were Altair and MIPS, not Apple, Radio Shack, or Commodore.

So yes, being an original is much more satisfying, and if you can seize that advantage and keep it, it’s great business. But being second or third works well too. It’s sometimes easier to explain.