[This is based on a true story. I’ve changed only names. –Tim]

Leslie is 15 years older now, approaching 50, still running a network consulting business with Terry, still married, and still living in the same West Coast university town. He’s happy with the way things ended up, but I can see the wrinkles in his face and the gray in his hair as he talks about that time in the mid 1990s when sales doubled. Like the opening line of A Tale of Two Cities, “It was the best of times, it was the worst of times.”

Flash back to 1994. Mozilla was available and the World Wide Web was beginning to reach a few commercial users. FedEx had a site, so did Disney, and people were starting to catch on. Clinton was president. The dot-com boom hadn’t happened.

Leslie and Terry had a small office downtown and a reasonably good business, billing about $30,000 a month, taking home about $5,000 each per month after overhead, expenses, and, of course, taxes. Call their company Local Network Services. They’d been doing a lot of work for a few pioneering local businesses wanting local area networks, electronic mail, and such. Things were pretty good, they got along well, their offices were pleasant, but they could have used more money. Life can be expensive in a nice West Coast university town.

Then came the bonanza. A contract with the university. Both Leslie and Terry were alums of the school, and they’d happily maintained contact with some of their former professors, so it wasn’t that unexpected, but still delightful news. LNS was asked to manage a very ambitious new project to rewire the campus for Internet access. It meant new servers, new routers, new switches, new software, and a lot of consulting. This was going to be worth something like $150k, maybe even $250k. I had lunch with Leslie during that period. He was excited. Growth is good. He was rubbing his hands together in eager anticipation. Those were good times.

The deal was landed, and a contract was signed. Depending on how they delivered, Leslie and Terry would essentially double their business in two or three months.

And things stayed good as they delivered on promises. They hired contractors, freelance consultants who were mostly friends, they got to work, did a good job, finished milestones, delivered as promised, and turned in their invoices.  Okay, they weren’t real quick to turn over their invoices, because they were doers, not administrators, but the invoices did get delivered.

In a matter of 10 weeks, LNS sales had doubled. Profits more than doubled. Life was good. Leslie and Terry celebrated. They moved to new offices, not much fancier — they were techies, after all, not MBAs — but bigger and better wired.  They became quite popular with their contractor friends. Each of them leased a nice new Mercedes. It reminded me of a television commercial they used to show in Mexico City, when I lived there, for some luxury car: “for the man who has conquered his place in the world.” 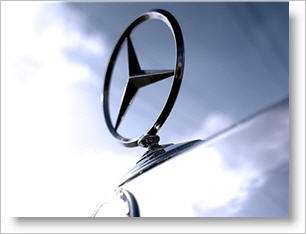 I sat with Leslie at some point during the euphoria weeks. We had coffee at a local place; he didn’t have time for lunch but he was happy. It was fun to watch. There was the feeling of making it, success, wow, it’s great to be an entrepreneur. Thank goodness he had left the big company to partner with Terry in LNS.  He drove off happily in his Mercedes.

I heard the ugly “rest of the story” about six weeks later, from my wife, who used to see Terry’s wife every so often. It came to me at that point as a kind of morality play, sending a message. Had I heard about the whole thing turning bad? my wife asked. They went crazy and overspent, she said, and now they were in real trouble. They had to take out second mortgages on their houses, just to cover expenses.  Terry’s wife was particularly unhappy; I heard, second hand, that on the day they had to sign the mortgage papers, they drove there in “that damned Mercedes.”

Terry was one of those people who liked to share good news but not bad news, so there were no pleasant lunches during this time. I didn’t see him again until the crisis was over; LNS had weathered the storm and would survive and continue to grow. 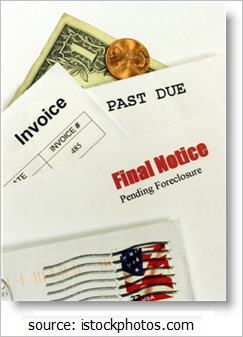 What happened? Cash flow happened. The rest of the story is painfully anticlimactic, and painfully common. Neither Terry nor Leslie stopped, during all the excitement, to think about accounts receivable. When they turned those invoices over to their friend at that university, he signed them, approved them, but he didn’t pay them. He turned them over to finance, which, at the time, was sort of like sending them into a black hole.

It isn’t that the university didn’t pay its bills. It’s just that it didn’t pay them fast. The process would take several months.

In the meantime, LNS had to cover its costs. They had to pay the new rent, the moving expenses, and, most importantly, those contractors. The contractors weren’t just business expenses, they were people with families to support and mortgages to pay. Terry and Leslie needed to pay them.

They didn’t feel comfortable going back to their main contact to complain. After all, he had signed and approved the invoices immediately. They didn’t want to be polluting their business relationship with this important new buyer by bugging him about the cavernous and slow-moving university finance department he depended on.  And they didn’t know anybody in finance.

So they shut up and borrowed money. And that required putting up collateral, which became second mortgages; one second mortgage for each of the two partners. They were lucky they had house equity because that’s what saved their business.

What should have happened? Business planning should have happened. Here’s where the story gets sad. Had Terry and Leslie been running a decent business planning process, they would have seen immediately upon signing that contract that a cash flow crunch was coming. They could have gone to their bank three months in advance, with a plan illustrated by tables and charts, showing how they were going to double sales and profits but they would need working capital to support the expansion.

Think of the contrast: how does the banker react when you’ve landed a big new contract and you know, because of your plan, that it will take working capital to support? Okay, and how does the banker react when it’s Tuesday and you need money by Friday to make payroll or to pay the rent and not get kicked out of your space? Which scenario would you rather be in? That’s why you want to plan.

Summary: Business planning didn’t happen. Stress, pain, and heartache did happen. All of hurt, suffering, worry, and I do mean all of it, was unnecessary.