I just saw a web ad for business plans that are already done, finished, and supposedly good to go. Believe it or not, they say you just edit some things on a pre-written plan and it’s ready for use. And they say these pre-written plans have already been tested with banks. And they already have the market research done for you. 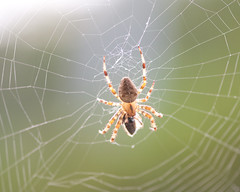 What a load of nonsense.

That makes me angry.

The very idea of selling pre-written business plans is worse than just dumb: it’s not even just useless, or neutral; its destructive. It reinforces the damaging myth of the plan as document instead of planning as process to help people run their businesses better. It makes people think they’ve gotten somewhere when in fact they’re further away.

And yes, I’m biased. I’ve spent a career with actual, real business plans, and I’ve written books on how to do your own, and I’ve published software tools, and lately I’m on a soapbox a lot telling people to do less than the whole formal thing, but do it themselves, and own its contents. Make it your plan and nobody else’s. If you use a sample business plan to help you get started, read it for ideas. Then start fresh with a clean, new, empty plan. If you work with a coach or consultant, make sure they’re just helping you do it, so that it remains your plan, not theirs.

Some background here, previously posted on this blog: Sample Business Plans Suck, the Value of the Plan is the Management it Causes, and My Worst Business Plan Engagement.

9 responses to “Pre-Written Business Plans Are Like Fake Medicines”