Quiz: Can a Business Fail While Profitable?

I’ve posted here before on the problem of survivor bias and how hard it is to identify causes of business failure. Where do you find the people who failed? Do they tell you the truth? Do they even know. 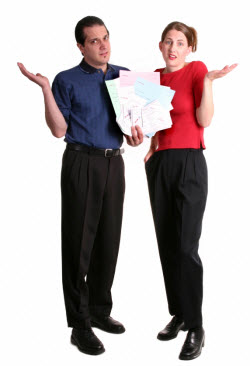 In Are These Three Critical Threats Weeks Away From Sinking Your Business? on tweakyourbiz.com, post author Janine Gilmour interviewed 300 people about their business failure. That seems like a good start. A good interview might be able to get into real causes.

About 60% of the businesses I reviewed were profitable when they failed, but they were upside down in terms of cash flow.

Fascinating: “about 60%” of these failed businesses were profitable when they went under. I’d read “more than 40%” in this context sometime in the 1990s.

Conclusion: watch your cash flow. Those of you with business-to-business sales are particularly vulnerable because businesses normally pay later, not now. Sales in those cases aren’t necessarily money until later, sometimes months later, sometimes never. And those of you who manage products, with inventory, are also particularly vulnerable. You typically spend the money way ahead of making the sale; and sometimes you spend the money without ever making the sale.

Be careful. Profits aren’t cash. And profitable companies fail for lack of cash.