Johnson & Johnson is suing the American Red Cross for alleged trademark violations. I like surprises, particularly when there’s a new point of view, something unexpected, and two sides that are easy to see.  And I remember a similar problem with what seems like a better outcome, and perhaps a lot more good faith and good will, involving the University of Oregon and Donald Duck.

A major corporation suing the Red Cross over anything seems like a bad idea (PR nightmare?) ,  but Steve King at Small Biz Labs makes some very good points: 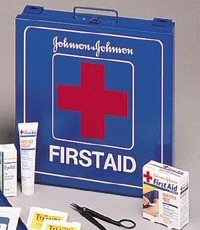 “The Red Cross doesn’t deny in their press release that they are infringing on J&J’s trademarks.  Obviously J&J did not want to do this. While U.S. trademark law is confusing, the simple reality is if you don’t protect your trademarks you lose them – and if J&J lets the Red Cross infringe on their trademarks they will lose them.”

Disney Corporation had a problem like this in my home town, Eugene, OR, where the University of Oregon uses the Ducks as its mascot and specifically Donald Duck himself, dressed in the fighting green and gold. Thanks to copyfight at Corante.com for details published in the Eugene Register-Guard:

In 1947, Oregon Athletic Director Leo Harris shook hands with Walt Disney himself on an agreement to allow the Univeristy of Oregon to use Donald as the mascot. The deal was put in writing in 1974 in a licensing agreement giving the university limited use of Donald at athletic venues.

Wow. A good-natured handshake agreement for almost thirty years. Of course, such things could not be allowed to continue:

The frenzied “charging duck” pumping his fists inside a large, eight-sided letter ‘O’ was a ubiquitous campus logo for years. It was eventually replaced as the UO marketing machine grew and felt confined by Disney’s restrictive contract, which forbids the school from selling items with the Donald Duck logo beyond the Oregon border.

Although Donald is much beloved by Oregon fans, a stylized “O” will have to do for out-of-staters.

Good will and good faith seem to make a big difference. The university accepted some reasonable limitations and Disney compromised as well. Donald didn’t get kicked off campus, he just had to stay in state where Disney wouldn’t lose its mark.

Although I’m no attorney, I’ve been running a company for 20-plus years and I know that these trademark issues hurt. Competition in packaging is brutal, and competitors do, on purpose, make confusing images to dilute leading brands. I’ve been there and it sucks.

Turning back to the Red Cross, well, can you name an organization you’d expect to demonstrate both good will and good faith more than the Red Cross? Well, maybe not. Disney, perhaps influenced by the significance of Walt’s handshake agreement, found a way to compromise, and the University of Oregon agreed to limit the commercial use too, because, after all, fair’s fair. In this new case, however, Red Cross CEO Mark Everson called the lawsuit “obscene.” That’s not quite conciliatory.

Seth Godin suggested a correction for the Red Cross Statement: 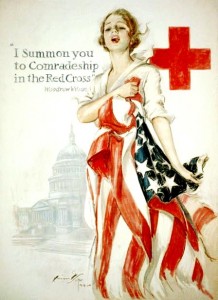 “My guess is that Mr. Everson meant to say, ‘Oops! J&J is a good corporate citizen, a significant donor to the Red Cross and the original and rightful owner of the trademark. We’ll unwind our deals as soon as we can and go back to focusing on what we do best.'”

I liked Seth’s title: “What to do when you’re wrong.” It would be easy to guess that — regardless of whatever is said — the Red Cross probably didn’t intend to step on a large company’s commercial interests. But what do you do if you’re in charge of J&J, and good intentions or not, competitors start using a back-door way to compete against you with the same trademark you’ve been using since the 19th century?

So I’m watching this interesting controversy develop. I can still see two sides to it, but I find myself leaning towards the poor bad-guy corporate trademark owner. Who wants to root against the Red Cross? This is a tough one.

2 responses to “Donald Duck on the Red Cross trademark fight”