Disturbing Questions About Productivity and Technology

Have you heard the standard cliche: “Necessity is the Mother of Invention?” In business productivity and technology, in my experience at least,  the old standard is reversed: the new truth is that “Invention is the Mother of Necessity.”

Huge Changes in Productivity and Technology

Did This Improve Productivity?

That’s an interesting question. We can answer this for ourselves, anecdotally, and probably come up with a better answer than what the statistics give us. Is budgeting better now than in the days of yellow pads and calculators? Are we communicating better? Are we getting more done? There was a time when I would have been tempted to say no, that it hasn’t improved productivity.  More recently I’ve changed my mind.  Having built a business makes me sure that we benefit from the power of more detailed budgeting, and running through the daily process of management made me pretty sure that business documents are generally better communicators with desktop publishing than without.

Statistics are very hard to work with in this area. I’ve found that the average hours worked per week have declined significantly since the 1950s; but so has the work itself, right? We were an assembly line nation in 1955, and now we’re a keyboard and thumb nation. Who’s counting the constant availability by phone? 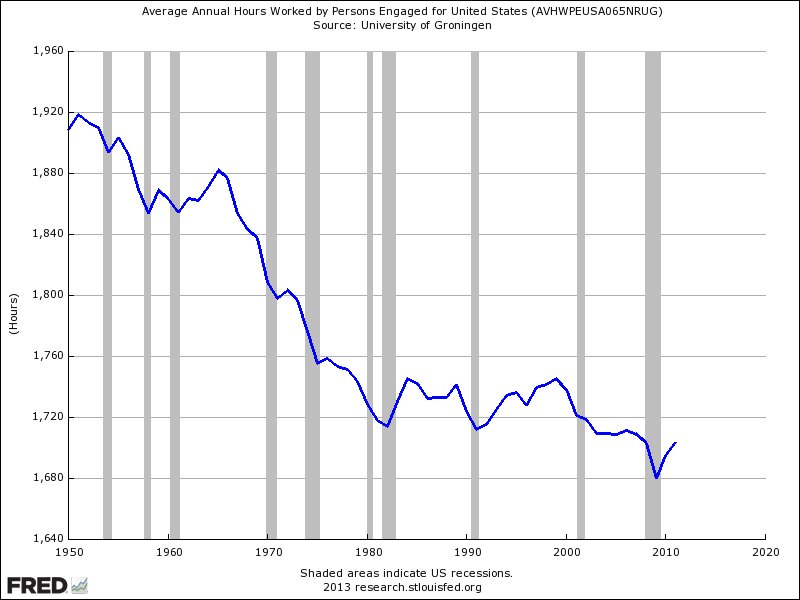 On the other hand, there’s this, from Why is Productivity so Weak, in the New York Times, just last month:

“Despite constant advances in software, equipment and management practices to try to make corporate America more efficient, actual economic output is merely moving in lock step with the number of hours people put in, rather than rising as it has throughout modern history.

“We could chalk that up to a statistical blip if it were a single year; productivity data are notoriously volatile. But this has been going on for some time. From 2011 through 2015, the government’s official labor productivity measure shows only 0.4 percent annual growth in output per hour of work. That’s the lowest for a five-year span since the 1977-to-1982 period, and far below the 2.3 percent average since the 1950s.” 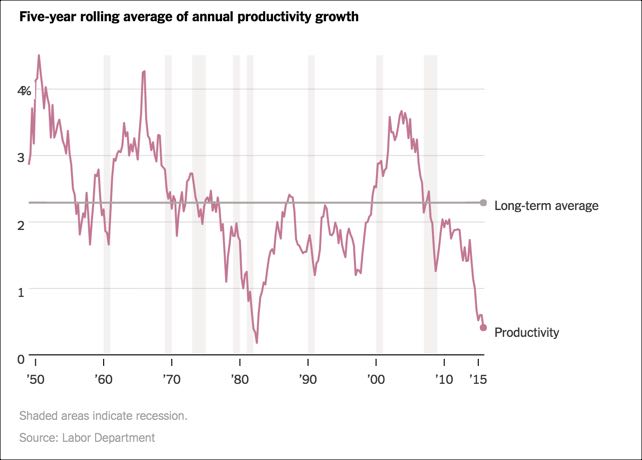 Here too, what is productivity? The labor department has a global measure of output per hour, but that’s not the way we work anymore.

I still worry that the increased productivity that technology offers us has just raised the bar of what’s acceptable. Now that we can do the numbers powerfully, we do more numbers, which drowns us in numbers. Now that we can do documents that look way better, without the hassle of publishing and layout, we demand better looking documents. And now that we can communicate from anywhere, at any time, we demand more communication.

What do you think? Are we better off?