Annoying, yes, but does it work? We all assume spam works because it keeps on coming, right? What about putting fake comments on blogs, faking reviews at amazon.com and elsewhere? We all hate those tactics when we see them, but the real question for today is whether or not those tactics actually work. Are the culprits better off? 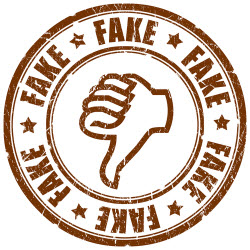 Of course it’s hard as hell to get good data on a question like this, but I decided to track one case just to satisfy my curiosity.

There is a book for sale at amazon.com that was promoted last month by sneaky fake trackbacks on blogs. I’m not going to mention the book or its author because I don’t want to throw good publicity on bad.

I discovered the fake by accident. The same identical trackback appeared overnight on both of the two blogs I moderate, this one and  Up and Running. Otherwise I might have just approved without checking because it was cleverly engineered to look like a legitimate link from another blog that was discussing my post, with a generic tag line like “good discussion on this issue here.”

Because of the coincidence, I clicked the link to check it first before approving it to show up as a trackback below the post. Instead of going (like it should) to a discussion that referenced my blog post, it went straight to the sell page of the same book on amazon.com. And it’s not a book related to the subject. It’s just a book on amazon.com.

I was annoyed. I bookmarked it to check back later.

I’m happy to report it doesn’t seem to have worked very well. Six weeks later, that book is ranked 996,133 in books.

And the book has three reviews, all five-star raves. And (no surprise) two of the three reviews are by people who have reviewed only two books in their life – this book and another book by the same author. They are allegedly by different people. What do you think? Are these just fake reviews? I think so.

I admit it. I want that book to fail. I want those tactics to fail. Seems mean, why wish ill on anyone, but still…