New Research on How to Motivate Your Employees 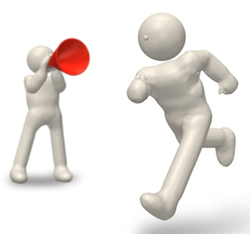 Motivating employees is case by case

In particular, they found that the right message from the right person — a concrete call to action from a leader close to a follower and an abstract message from a leader hierarchically distant from a follower — elicited a stronger commitment and willingness to take action. Their studies also proved the opposite was true, that when distant leaders formulated concrete, overly detailed messages or when direct managers delivered abstract messages, their employees were far less engaged, committed, and motivated.

That’s from How Do You Motivate Your Employees? on one of the Stanford business school sites. It reports on research by Stanford Business School Professor  Nir Halevy and Bar-Ilan University in Israel professor Yair Berson, examined the way in which leaders — “whether they are country presidents, chief executives or midlevel managers” — communicate with their followers.

The two researchers looked specifically at something known as construal level theory, which states that the psychological distance between a leader and his or her followers influences the concreteness or abstractness of that leader’s communication in the eyes of followers.

What I like about this research is it quietly acknowledges the importance of making case-by-case conclusions. This appeals to me much more than research that looks at a single case and extrapolates that to the whole world.

And I also liked, in the summary I liked to above, some simple advice anybody can use:

With the results of these studies in mind, Halevy says business leaders can take practical steps to more effectively motivate, communicate, and manage their reports, whether they are direct or indirect. “Think about the omnipresence of micromanaging,” says Halevy. “A lot of people think it’s ideal to be a hands-on manager, that even though I’m the CEO, I’m very ‘hands-on.’ What we’re saying with this paper is that sometimes that might actually backfire. Maybe it’s not such a good idea.” Halevy says managers will get their subordinates to do more of what they want them to do if there is construal fit. “You want your subordinates to internalize what you’re asking them to do, and with construal fit, it’s easier for people to process your message,” he says. “The less effort to process, the faster the action.”