Maker or Manager: Do You Hate Meetings?

Focus: in personal productivity, focus is power. Or maybe I should call it concentration. Have you ever borne down on a task, locked out all distractions, and gotten more done in an hour or two than you thought you could get done in a day? I have the feeling I used to do that a lot;  but now, only rarely.

Part of the problem is the obvious computer-dominated workplace, with emails, instant messages, Twitter, my office phone, and my cell phone, all competing with the task at hand. 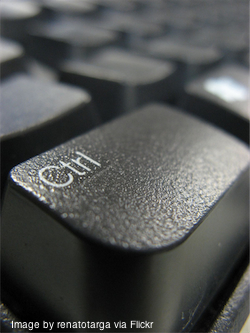 But it’s more than just technology. It’s like in an office, more to do, more distractions, more of everything. Especially, more meetings.

I was struck the other day by Paul Graham’s recent essay Maker’s Schedule, Manager’s Schedule. He says time is different for different types of jobs and people:

Most powerful people are on the manager’s schedule. It’s the schedule of command. But there’s another way of using time that’s common among people who make things, like programmers and writers. They generally prefer to use time in units of half a day at least. You can’t write or program well in units of an hour. That’s barely enough time to get started.

So the manager’s day divides into 5, 10, and 15-minute pieces. The programmer’s, designer’s, or writer’s day doesn’t.

I can relate to this. In 40 years of adulthood I’ve had three lives as a maker and one as a manager. For years my real work was developing a software product, which included some of the code plus content and even documentation. Meetings were big interruptions. Then for a lot of years I was building and running the company, doing nothing but meetings. During those years I was unable to get much writing or software content done at all.

People are different. I like the maker’s life better; but then I’m a hermit by nature, I can go for hours concentrating on a task without talking to anybody. I know people who would hate that, and live for the actions, the thrill of the chase, the decisions, the jockeying for position, the sense of getting things done (in a different way) and, with it all, the meetings.

What are you: Maker or manager?