Is Your Startup Fat or Lean?

When two clear big winners in the high-end startup world disagree on something as basic as lean vs. fat startups, I’m fascinated. First, because both of them have a lot to say to the rest of us. Second, because it illustrates, once again, how much of startups and entrepreneurship defies rules of thumb and generalizations. 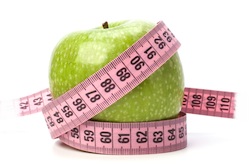 In The Case for the Fat Startup, Ben Horowitz tells how he burned hundreds of millions of investor dollars while building up Loudcloud/Opsware  for a stunning $1.6 billion exit in 2007 when it was acquired by Hewlett-Packard. Clearly, this was a huge win. It’s a hall of fame story. And he makes raising a ton a money one of the keys to success (I’m quoting):

As you listen to the virtues of the lean start-up–lightweight sales, light engineering, and so on–keep the following in mind:

Thin is in, but sometimes you gotta eat.

Fred Wilson, founder of Union Ventures, a big winner as professional investor, and an eloquent blogger, answered that post with Being Fat is Not Healthy. He says:

I have to admit, I like the lean option better, but then most of the companies I’ve built or helped to build were bootstrapped. And times have changed, too, so what Horowitz is calling “fat” isn’t really an option very often. But the dialog doesn’t stop there. Horowitz came back and responded with The Revenge of the Fat Guy. He makes two points back:

Ouch? Pattern matching? Really. Read the Fred Wilson post, see if that’s fair. Also ask yourself whether he’s really guilty of underestimating the time it takes to get the product-market fit. I can’t resist adding this quote from the Fred Wilson post favoring lean. It rings true to me:

In short, since I started investing in the web in ’93/’94, I have invested in about 100 software-based web companies. And the success rate of fat companies versus lean companies is stark. I have never, not once, been successful with an investment in a company that raised a boatload of money before it found traction and product market fit with its primary product.

The rest of us, meanwhile? I think we have to admit, the debate is pretty much moot for the rest of us. There might be a few dozen people around who can still raise hundreds of millions of dollars based mainly on their name and track records. Ben Horowitz and his partner Marc Andreessen are two of them. But I’m not; and, no offense, but the odds are you aren’t either.