Is The Very Idea of Designing Tech Products for Women Insulting?

(note: I posted this on the Huffington Post first, just about 10 minutes ago)

Maybe it’s because I’m father to four daughters, maybe because of simple fair play, but if you read my stuff I’ve been a chronic complainer about the relatively low numbers of women in high tech and tech in general. And I don’t believe it’s because the women like it that way, either. So why then does Don’t Be Afraid To Go Pink: Designing Great Tech Products For Women on TechCrunch today make me nervous?

My answer starts with a true story: in the late 1990s, at Palo Alto Software, we had a team brainstorming session to deal with the problem of under representation of women in among our Business Plan Pro users. The team at the time was half women, and for the record, our company is 49% women owned. 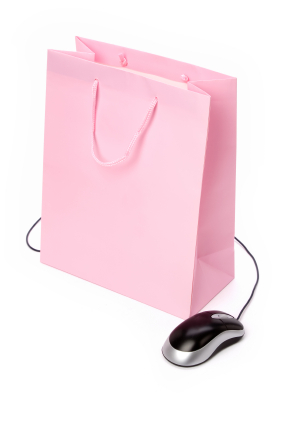 But that brainstorming session turned up nothing but bad ideas. Business planning is a great example of something that has no gender specificity. Most of the suggestions made were unintentionally insulting to women, as if being female means you plan your numbers less, or are more intuitive or less rigorous, which is a crock. Pink packaging? We did take it to heart with our packaging, putting the image of a happy female user all over the back of the box. But that was it. Business planning has no gender component.

The TechCrunch post has five suggestions, starting with don’t be afraid to go pink. Say what? Here’s how post authors Sarah Paiji and Sanby Lee explain that point:

We don’t mean that your product literally has to be pink. However, you shouldn’t be afraid to make a product that is only for women, and to signal this through your aesthetic and branding. For our mobile shopping app, we chose a name and color scheme that was decidedly feminine. We had men complain that they didn’t feel comfortable using the app, or posting in a community dominated by women. But that’s the point — we didn’t want men as our initial audience.

That bothers me. I think we have to make some logical distinctions here.

Second, some content has gender specificity. Obviously some television programming, movies, magazines and other media have gender behaviors built into them.

So if you put these two assumptions together, then there’s absolutely nothing troublesome to me about gender-specific products where there are gender differences, and gender specific marketing that takes advantage of those differences, whether for gender-specific product or not, to focus market dollars more effectively. Sure, they advertise beer on football games and tampons on soap operas. So what?

But I really don’t like trying to build gender specifics into products that don’t have them. Very few tech products are inherently gender specific. Maybe the authors’ shopping app is, but if so, it’s one of a very few. And for the most part, trying to design tech for women ends up, well meaning or not, assuming women are dumber than men. Which is a dumb assumption.

Then, finally, fifth of five: have women on your team. Doh! Of course! The work force is 50-50-ish, then so too should be every team on every company that isn’t doing gender-specific product. And I don’t mean by law, or forced by anybody; but rather, just common sense and a natural process over time.