Damn, elections are heating up again. So we’re going to listen to an endlessly insulting harangue of politicians claiming to speak for “small business.” 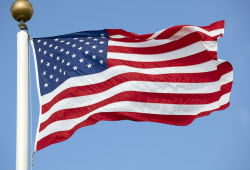 Every politician claims to support small business. Have you ever heard one say no to that? Is it anything different from the American flag, apple pie, and motherhood? Damn!

And what does that mean? 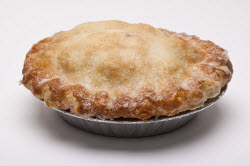 They pause just a second, and then lash into supporting small business means voting for them. Everybody speaks for the supposed little guy. Right?

I just took one of those after-dinner calls to the home phone that has a recording talking at me when I lift up the receiver. Does anybody actually listen to those trumped-up supposed surveys?

This one was after business owners. I say that because the annoying recorded announcer’s voice started immediately pandering to me as my friend because, whoever set this robot into operation assumed my wife and I own a business.

Then the humanoid voice assault moved quickly into asking me to join a poll of business owners, clearly designed to serve as fodder for one of the two main parties.

These polls are so enormously cheap: slanted and loaded questions spun instead of delivered, obviously intended to give some politician numbers to use as background to misleading claims and distorted ideas.

So one of the political parties has a trumped-up small business association gathering slanted data to support its biased political agenda. There’s business as usual.

What bugs me a lot about politics and small business, particularly around election time, is how many people claim to speak for small business when, in fact, really, nobody does. And the numbers they spout, along with the self righteousness of it all.

Business owners don’t fit into categories and generalizations. We are as unlike, one from the other, as any other random group of people pulled together for the common factor of owning a business. We don’t have the same opinions, and we don’t need or want the same things.

Think about what we have in common: jumping off the path, maybe, doing things differently, doing our own wheels instead of being cogs in bigger wheels. Does it make sense to assume we’re all in favor of one thing or the other? I don’t think so.