The Pull of Bloat and Feature Addiction

This one struck a nerve: This is by Jason Fried, founder of 37 Signals, in How to Kill a Bad Idea earlier this month at Inc.com. He’s talking about how software and websites grow too big. 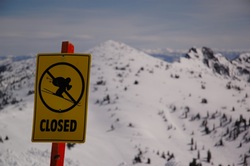 The software grows. Version 2.0 comes along. It does more than Version 1.0. More features, more options, more screens, more stuff. Or the website is redesigned with more pages, more words, more images, more departments, more tools. Nothing has gone wrong yet. In fact, Version Two is pretty good, too.

But over time, yet more stuff is added. Remember our water bottle? Imagine what would happen if more stuff was added to it. Pretty soon it wouldn’t be functional. The physics would push back. Not so with software. You can just add more pages! Or you can just add more features or more settings or more preferences and hide them behind yet another button or menu. It’s just one more button, right?

This is where it all begins to fall apart. Future versions are loaded with more and more stuff. Nothing pushes back; nothing says no. And eventually, the product or the site becomes unmanageable. It’s too big, too slow, too confusing, but it’s still all subjective. Unlike the water bottle, the software can just keep growing. Software can’t overflow. It has no edges, so it can never be too big.

That is so true. I’ve been there. In fact,  I’ve been in the software business since 1983, and in the web business since 1994. We always want to do everything for everybody. What you’d like to do is have as many features in the software and there are users to suggest them, because you never want to say no. This is how Microsoft Excel, to cite just one example, does linear regression. And how many people use it for that?

As you might guess from the three paragraphs I quoted, Jason gets to the problem of when to say no. And that you have to say no sometimes. He says:

The only way to stop this perpetual growth of an object without physical borders is for you to create your own borders. Those borders are discipline, self-control, an editor’s eye for “enough.” The ultimate border is one simple word: no. Someone in charge has to say no more than yes.

If the laws of physics govern the physical world, the word no governs the virtual world. “No, that’s one feature too many.” “No, that’s just not worth it.” “No, no, no.”

I know. I was right there, at that very spot, for about 25 years. And just reading Jason’s spine tingling account of it, I know immediately he’s been in the same place a lot, and I’m glad that others are now doing that for the company I started.

Saying no was so damn necessary, and so damn hard, at the same time.