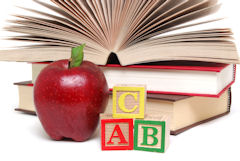 Does business education stifle innovation and creativity? You probably already know Sir Ken Robinson’s TED talk, from 2006, Do Schools Kill Creativity? It’s one of the five or so most viewed and most discussed TED talks. His basic idea is that school focus too much on the academic, not enough on other kinds of intelligence. He was talking about classic elementary education mostly. What about business, and business education?

But there’s also this idea, always in the back of my mind: the talk I had with James March, way back in the 1980s, about how higher education teaches us to do what everybody else has done, not to do things differently.

The best class I took at the Stanford Business School during my MBA years (1979-81) was taught by Professor James March, co-author of the book An Introduction to Models in the Social Science. It was about the same subject. He was funny. He was contrarian. He was brilliant. He had a mathematical model of a cocktail party that predicted how many people would be passed out at the end of the party, based on inputs including how many couples, how many singles, and, particularly important, how many more male singles than female singles. That may be too gender-specific for today’s world, but it was applicable 30 years ago.

I liked and respected Prof. March so much that in the middle 1980s I tried to get him to join me in what would have been a venture to create a game that teaches business. Prof. March didn’t join me and I didn’t create the new venture. I continued with my business plan consulting instead.

I’ve never forgotten the conversation we had in his office that day. I can’t remember the exact words, of course, but Prof. March reminded me that there is an underlying conflict between education and creativity. He was an educator, but he was also a contrarian and a thinker, so he enjoyed flanking our standard assumptions.

“Schools teach conformity,” he said. “Education is about reinforcing the supposed right way of doing something, meaning the way we’ve always done it, the way the establishment expects us to do it.” Schools taught that the world is flat until a renegade proved otherwise.

“New ideas come from people that haven’t been indoctrinated,” he said. This was of course before the phrase “think outside the box” came along, but he would have referenced that if we’d been later in time. Schooling is about learning how to think inside the box. If you believe this line of reasoning.

Here again, I run into paradox. I believe in education but I also believe what Prof. March suggests. Is the answer that you have to know the fundamentals before you transcend them?