Do We All Undervalue Bootstrapping?

In business schools, in popular blogs, in business publications, and in general discussion of starting a business, we undervalue bootstrapping. We teach starting a business as if every new business requires sophisticated venture capital. I understand how this can be educational. It means teaching business planning, which is the ultimate business teaching tool, and investment analysis, ROI, IRR etc. Still, of the 700,000 or so new businesses launched every year, about 5,000 had VC money, and maybe 30,000 had angel investment. The rest were bootstrapped. 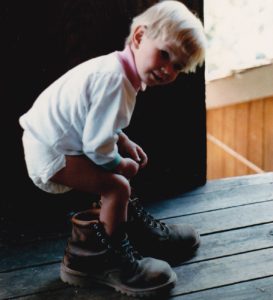 Outside investment is overrated

I think the investment option is overrated. It’s better to own your own than to land investment, at least if you can pull it off. As the old song says, “God bless the child that’s got its own.” The opportunity itself should determine whether investment is required. lf it takes more resources than the founders can muster, then it needs investment.

The cliché asks which is better, a piece of a watermelon or a whole grape. But what if that comparison is skewed wrong? Which would you rather have, a slice of an orange or a whole tangerine?

I have good associations with bootstrapping. I was on the board as Philippe Kahn took $20K from his father, plus one $90k bundling deal from a PC manufacturer, and levered up Borland International without outside investment until he didn’t need it. He did it with a great product, strong demand, smart management, and cash-only sales instead of the mainstream, working-capital-hungry channels. Borland went public less than three years after it started. Palo Alto Software grew slowly without outside capital. We had to slipstream a larger vendor whose advertising budget was 10x ours. We ended up with 70% share in our niche and owning the company outright.

The luxury of owning it yourself

Bootstrapping isn’t just about owning the whole pie. It’s also about the luxury of being able to experiment and, at times, making mistakes. Philippe was unconventional. Could he have had that freedom if he’d had conventional VC financing?

A few years ago I was judging a major intercollegiate venture competition in which one team looked especially strong, it’s $5 million 3-year forecast seemed as likely as any of the others, but it didn’t need any outside investment. It was the best plan (IMHO) but it didn’t win. The judges, mostly investors, couldn’t figure out how to deal with that plan. It didn’t win the competition. It should have.