Did you Miss the Online Train? Is it too Late?

Even if you don’t have a website, blog, Facebook page, Yahoo! or Google listing, it’s still not too late. It really isn’t. That’s what they said in 1999, and again in 2005, and every day. The future just keeps on coming, day after day. Jump on now, and you can look back later. 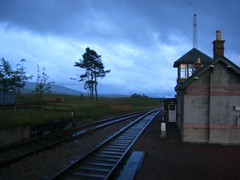 Seth Godin, one of my favorite bloggers, has an excellent post titled is it too late to catch up?  He suggests some things to do about it, and one very interesting thing not to do, which is (quoting):

Don’t have any meetings about your web strategy. Just do stuff. First you have to fail, then you can improve.

That’s pretty aggressive, but it makes sense in context of the rest of his suggestions. Seth has suggestions like putting the president’s real email on every invoice, giving bonuses for blogging, getting Gmail email addresses for everybody. Good stuff.

And even this one, which, despite my years as a consultant (and maybe that’s because of) I also like a lot:

Refuse to cede the work to consultants. You don’t outsource your drill press or your bookkeeping or your product design. If you’re going to catch up, you must (all of you) get good at this, and you only accomplish that by doing it.