Creativity and Clutter – Friends or Enemies? 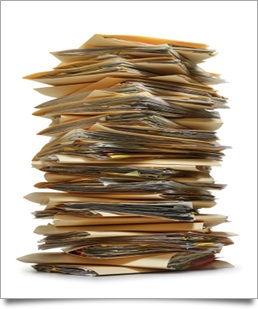 Does clutter affect creativity? I can give you quotes that say it does, and research that says it doesn’t. There’s lots of anecdotal evidence for either side. What do you think? My own experience goes either way. So I decided to look into this question on the web.

Some Research Shows Creativity and Clutter go Together

For formal research, the first thing a web search turns up is a study done by University of Minnesota Psychologist Kathleen Vohs. According to this web summary, the researchers put subjects into either tidy or messy rooms and asked them to generate creative ways to use a ping pong ball. Here’s what they found:

Participants in both tidy and messy rooms generated about the same number of ideas, which Vohs believes indicates they exerted about equal effort. Yet further analysis revealed that the participants in the messy room suggested more creative ideas for the Ping Pong balls (on average their suggestions were 28% more creative) than those developed by the participants in the tidy rooms. Even more striking, the messy room people had five times (!!!) as many ideas deemed by judges to be “highly creative” than those in the tidy room. Moreover, the effect has been replicated and extended by other researchers at other universities examining how messy environments lead to quicker solutions to brainteasers and the production of creative drawings than research participants working in tidy surroundings.

Jeff Goins, in Clutter is Killing Your Creativity (And What to Do About It):

The relationship between clutter and creativity is inverse. The more you have of the former, the less you have of the latter. Mess creates stress. Which is far from an ideal environment for being brilliant.

In the Uncluttered, Erin Dolan summarized a Princeton study on the impact of clutter:

The conclusions were strong — if you want to focus to the best of your ability and process information as effectively as possible, you need to clear the clutter from your home and work environment.

My experience goes either way.

I’ve done a lot of programming in my day. That includes a complete general ledger system, a spreadsheet-like business forecasting system, Forecaster, all of my company’s spreadsheet template products, and a third of the code in the original Business Plan Pro. And all of that programming was done from very messy, cluttered, desks and office space. I’d like to think I always had a clean computer and a focused mindset. But my space was messy. It used to drive my wife, and some of my office mates, crazy. So I was cluttered and creative.

More recently, especially the last eight years, I’ve done a lot of writing. I’ve finished three published books and more than 4,000 blog posts, plus an online course and videos. During this more recent period, I’ve focused on fighting the clutter in my workspace, keeping my desk clear, and my papers organized. I’m convinced that all of this helps my creativity.

My hypothesis is that it has to do with the individual, our specific natures, and particularly, how we focus. In my most productive programming times I focused into the computer itself, the code, so much that the externals became insignificant. During my more recent writing years, we all multitask much more, including me. And clean work space helps me avoid distractions.

The real question is: What works for you. Don’t listed to experts. Figure it out.