I think we’ve gone too far on marketing and metrics. We used to do most of our marketing blind, essentially guessing whether or not it worked. Now we have analytics to measure almost everything. Where we’ve gone to far now is we’re tempted to discount, entirely, what we can’t measure. And that’s just wrong. We are headed for a crisis of social metrics.

It used to be mostly pay and pray 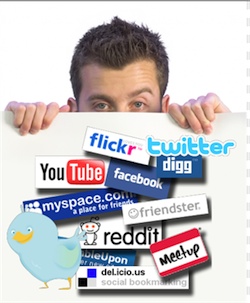 To those of us old enough to have done marketing in the last century, to know click rates, conversions, email opens, visits, hits, downloads and all of that is heaven. We used to guess at the message, guess at the medium, guess the delivery, then pay and pray.

Don’t think “and where did you hear about us” ever worked well. Most of the time, the phone operator forgot to ask, or chose not to ask to focus on getting the order, not the info. And when they did ask, two thirds of the time the answer was useless. They’d cite some magazine we’d never advertised in.

We lived with it because we had to. Big companies had research, focus groups, surveys, better answer to our collective hunger for knowing. But really, it was all just guessing. I routinely made marketing decisions based on what maybe a fourth of our customers told us about the source of their interest.

I’ve read some of the best minds in marketing confuse “measurable” with “valuable.” Now that we have analytics, we want analytics. What can’t be measured isn’t worth doing. What’s the value of a like in Facebook or a follower in Twitter? Where are the metrics?

To some extent this makes perfect sense. Clicks are attention. Clicks become visits, and visits become conversions, and conversions become money. Why guess. You can know. You can get amazing detail on what works and what doesn’t work on a website, a landing page, a checkout page, and emails of course. A/B testing means immediate feedback and fine tuning results. As the Huffington Post rode its meteoric rise to fame, they did real-time testing on headlines and changed them, improved their traffic impact, in minutes.

Compared to what we used to do, this is heaven. Count me in. Except …

But aren’t there values we can’t measure?

Consider this case. Put yourself in this place. So you’re running a business. You get featured, favorably, in a segment in the local television news. Tens of thousands of people see you as a local expert in your field. Is that valuable to you? Will it show up in your website metrics? Of course it probably will, right? You’ll see a bump in traffic.

But think of this problem: Let’s say that win the other night was the result of years of local speaking dates, lunches with journalists, meetings, conferences, and, well, call it just showing up. That ended with the TV reporter calling you. Right? So where were the metrics? You have the bump now, months, years, later. But were you able to track the analytics of every article, blog post, conference presentation? Were there analytics? Did you have metrics? No. But you still did the work. And it was still worth it.

Voila. There is still marketing that isn’t immediately measurable. Not everything is clicks.

Now we have social media. It’s amplified word of mouth. It’s like a giant conversation. People who focus on analytics – clicks, leads, visits, hits, downloads, conversions – are going to question the return on relationship, the analytics of long-term relationship, offering useful content, contributing, standing up for values, representing something. So they are tempted to focus their social media representation on what is essentially self-centered selling. Offers, promotions, product announcements, and all the equivalents of shouting slogans, don’t generate relationships. They don’t generate empathy, trust, or – the ultimate definition of marketing – getting people to know, like, and trust you and your business.

And a fascinating trade-off. Social media done right generates long-term relationship, know-like-and-trust. I’m convinced it’s critical to business now and is going to be steadily more so in the future. But what works takes time, and doesn’t generate instant analytics. It pays off over the long term. So is that not also valuable?