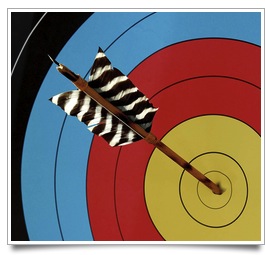 Business mistake: What if you want to reach that larger group, and you address them as entrepreneurs in your marketing, but they don’t think of themselves that way? So most of the people you want to reach don’t ever realize you’re talking to them?

What about you? Official stats say there are about 27 million businesses in the United States and about 21 million of them have no employees. What’s an entrepreneur to you? There are only a handful, a few thousand, that meet that stiffer definition. What matters is whether the target potential customer self identifies into the group. If a business is aiming at one group and using a word that stands for the other, that’s a big mistake.

This isn’t just semantics. It’s not about language or definitions. It’s about the fundamentals of marketing.

In human communication, the listener assigns the meanings to the words. Not the speaker. You don’t get to tell the audience what your word means. They tell themselves.

That’s why so many marketing images show an arrow hitting a target. This kind of meaning mismatch is one really powerful way to miss.