Beware of the Myth of Persistence

I worry a lot about the myth of persistence. Persistence won’t necessarily make your business successful unless a lot of other things are also right. And persistence alone can turn failure into disaster. But still, people who should know better—people who succeeded—still talk about it all the time. 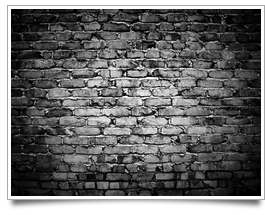 There’s a logical trick to it. Almost everybody who made it through hard times while building a business can credit persistence because they stuck through it, and, eventually, made it. But what we forget or ignore is all those people who didn’t make it, persisted, and still went under, losing more money, and sometimes even important relationships, and people they care about, because they persisted.

Persistence is only relevant if the rest of it is right. There’s no virtue to persistence when it means running your head into walls forever. Before you worry about persistence, that startup has to have some real value to offer, something that people want to buy, something they want or need. And it has to get the offer to enough people. It has to survive competition. It has to know when to stick to consistency, and when to pivot.

So persistence is simply what’s left over when all the other reasons for failure have been ruled out. Those successful entrepreneurs who talk about their experience? They’re not lying. They look back on it, and it was persistence that saw them through. Because every startup is a lot of work, a lot of mistakes, a lot of failures. So a lot of startups that might have made it otherwise fail because it’s just too damn hard to stay with it.

This is one of several phenomena related to the problem of survivor bias. We hear way more from people who made it, and not nearly enough from the people who didn’t.

And then, if everything else is right, persistence matters.