Back to the Mac

I’m writing this using Mars Edit on a new iMac, which has just replaced my Windows Media computer as my main system on my home desktop. This is after about 12 years on Windows, which, in turn, came after about 10 years with a Mac as my main computer.

I had one of those original Macintosh units within a month of its introduction, and it became my main system when they finally had hard drives some time in 1985.  I wrote my second book, which was published by McGraw-Hill Microtext, on a Mac; and laid it out using very early desktop publishing techniques and an Apple Laserwriter. 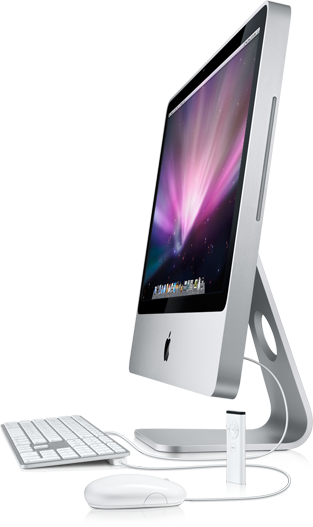 I stayed with Macs as the main system, upgrading every so often, until 1994. I moved to Windows as we developed Business Plan Pro for Windows, in 1994.

As our business moved heavily over to the Windows side, so did I, with my main computers. The Macs stayed around for a while, but our home was without Macs until about a year ago when I installed an old Mac mini.

In Palo Alto Software, meanwhile, as the Windows market took over we tried to continue with Macs, but it became so much more drag than sales justified that we finally, in 2003, dropped the Mac products. Sadly, the market wasn’t there. We embarked on projects to port Business Plan Pro to Mac three times in the 12 years since the first version, but the numbers were just impossible to make — 10X development costs for 1/100 the sales just don’t work, no matter how much I like the Mac.

However, times are changing. Our COO has a Mac laptop. One of our best programmers works on a Mac using Windows via Parallels. And now I, president and founder, have a new iMac as my main system at home.

Since it’s been 12 years, I realize I’ll have a long move-in time for the new iMac. I mean missing the things I’m used to, like Windows Live Writer, SnagIt screen capture, Roboform. On the good side, I’ve gotten used to iTunes because of my iPods and iPhone, so that will help. And Firefox seems like a familiar friend too.

If you know me and Palo Alto Software, you might wonder how far we are from yet another attempt at a Mac version of Business Plan Pro. We’re not supposed to say. You know the paraphrased old saying, “we announce no software before it’s time.”