A portable device to quickly diagnose strokes. An additive that doubles the strength of fiberglass and carbon fibre materials. A new way to use magnesium to heal broken bones. Those are just a few of the dozens of startups I saw earlier this month at the annual Rice Business Plan Competition. This was the tenth year I’ve been a judge. It gets better every year. Two days of plans and pitches. I wouldn’t miss it. The picture here shows the finals, six amazing finalist teams competing for 300 judges in a very full Rice business school auditorium. 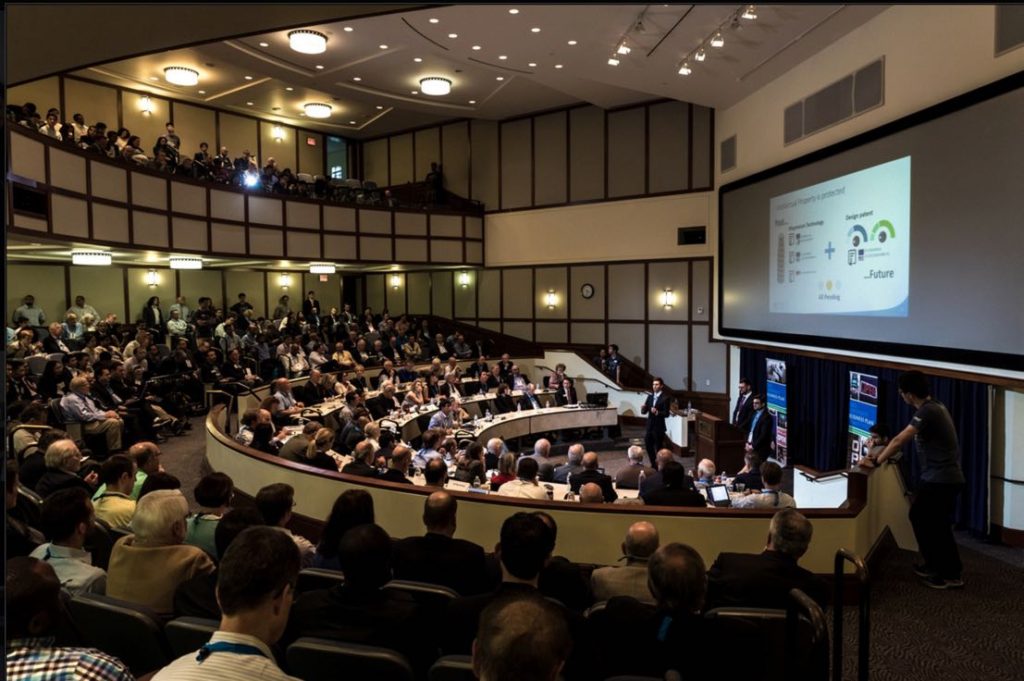 More than $1.2 billion in funding

As a judge of this event, I read six business plans cover to cover. Then I spent two days watching and asking questions as several dozen startup teams pitch their startups. I do six of them on Friday and 10 on Saturday, which includes six finalists. The pitches take 20 minutes or so, and of course they include questions and answers. The 42 startups chosen from more than 700 applicants must have at least one student, and only the students can do the pitch. They come from all over the United States, plus Canada, U.K., Germany, India, and Hong Kong.

In the 10 years I’ve been doing this, the startups get steadily better. At least 80 percent of the ones I saw this year look like they should be getting angel investment, and all of the six finalists will get funded for sure, and launch. The statistics get steadily more impressive. Here are some numbers published by the organizers:

In 2016 we screened more than 750 applications. More than 180 corporate and private sponsors support the business plan competition. Venture capitalists and other investors from around the country volunteer their time to judge the competition, with the majority of the 275+ judges coming from the investment sector. 161 past competitors have gone on to successfully launch their businesses and are still in business today, with another 15 having successful exits. These companies have raised in excess of $1.2 billion in funding.

This year’s winner developed a portable device that identifies stroke victims fast. Although their pitch at Rice isn’t public, they link to a previous pitch presentation. This is Forest Devices, from Carnegie Mellon. 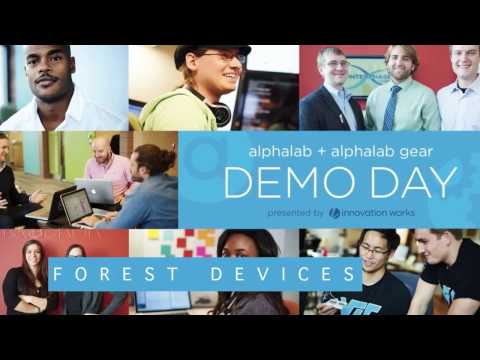 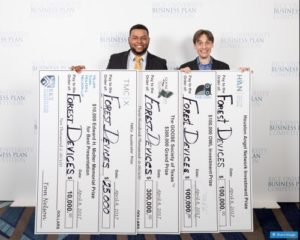 Forest Devices earned $635,000 in prize money and investment. Most of this is conditional, tied to angel investment that comes with fairly standard conditions including equity for the investors. Most of the teams end up accepting the terms and taking the investment, although that generally takes a few weeks of legal work before it’s final.

Medical Magnesium, which finished in third place, landed $709,000 in proposed investment with term sheets. It is developing bioabsorbable magnesium implants that turn into bone instead of being removed. It came from the University of Aachen, in Germany.

Palo Alto Software gives a prize for the best written business plan entered. This year that prize went to AIM Tech, from the University of Michigan. It develops low-tech, low-cost medical devices for emerging marketings, including an award-winning low-tech infant ventilator.