5 Ways to Build a Team that Builds Itself

(Note: I posted this yesterday on the Amex OPEN forum. I’m reposting here for your convenience. Click here if you prefer the original.)

Looking back now at more than 20 years of running my own business, it was rarely about anything as simple as just making money. Money mattered, no doubt; in fact we had a lot of debt resulting from the business during bad years, and no outside investment until much later, so money was the critical resource. But it was also about doing what I liked, building a place I liked to arrive at Monday morning, working with people I like and respect, and avoiding boredom. 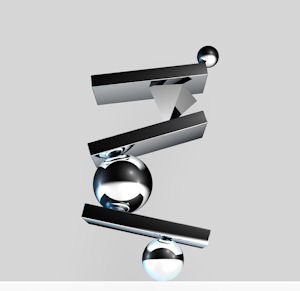 I don’t think anybody builds a business without hard work. But it doesn’t have to be all blood, sweat and tears. I’ve always hated micromanagement, and I’ve never been good at negative feedback, so I’ve had to come up with some extra help to get through it without being a tyrant, but still building a business.

Sure, everybody always says it’s about building a team, but there are teams that work together by pitching in, teams that work in fear, and of course teams that don’t work at all. I can’t say that I’ve figured any of this out for sure, but these five rules seem to have worked pretty well for me:

1. Build your business around believable values

People naturally rally around things they can believe in. Is there anything in business as powerful as believing that what you’re selling is good for your customers? It takes people to grow a company, and people work better when they believe in what they’re doing. Do they walk out the door at the end of the day feeling like they’ve made people’s lives better? It doesn’t have to be natural cosmetics or clean energy or organic food, necessarily; you can even sell used cars in a way that makes your customers’ lives better.

Think of how much shared values can empower your team and motivate your people. Think how much they can liven your marketing. Think about credibility and authenticity.

Micromanagement is a real drag. It’s hard to do and annoying as hell. Hire smart people who share your business values, give them ownership of what they do, and trust them. The idea of owning tasks and functions and specific areas of the business is really important. Wherever possible make sure a single person, with a name and a face, is responsible for things — not a group.

Then you have to trust them. Offer them help, collaborate, and empower, but without second guessing.

The real test is when they get bad results or do things differently than you would have. If your team is going to work for the long term, you don’t second-guess or take potshots. Do that once and you’ll have somebody coming to you forever after, always making you, instead of them, make the decisions. And that will be your fault, not theirs.

People love metrics: scores, statistics, grades, and so on. In business it’s not just the money in the accounting reports (although that’s good, believe me) but also the visits, trips, presentations, calls, support incidents, emails processed, minutes per call, and so on. It might seem very un-hippie of me, but that’s actually what we meant, back then, when we were saying everybody should dance to their own beat. That’s metrics.

People who own their own metrics have something they can work toward, that you and they and their peers can see. People who succeed love it. And people who don’t succeed need to know they didn’t.

4. Make feedback a constant habit, not an occasional event

I could call this one “tell the damned truth.” And that’s often hard. I hate those annual and semi-annual review processes that serve to fossilize feedback in formality.

Negative feedback is hard. Unpleasant with people you work with, your team members. Doing it easily, honestly, and without delays is one of the better ways to ease the pain. The metrics themselves, in my point 3 above, can make this infinitely easier.

When things go badly, talk about it. Don’t pontificate from above; recognize the pain, bring it up, talk about it, collaborate in finding a solution. Move people around if you have to, give them different jobs, and if that’s not possible, then let them go. Hiding failure is bad karma for everybody.

5. Use mistakes as fertilizer

Yeah, fertilizer smells like excrement, and so do mistakes. But if you’re going to survive long term in your own business, you need to expect those mistakes, acknowledge them, and feed the future with them. This whole feedback thing isn’t about getting the goods on people so you can use it against them later. It’s about building a better team, working on knowing strengths and weaknesses, and using that knowledge to grow slowly better instead of just stagnating.

We make mistakes. Everybody does. Get on with the business.