5 Points On Gender Gap in Entrepreneurship

Go ahead, you can ask: what do I know about this? I’m an old white guy, so take what I have to say here with some healthy skepticism. 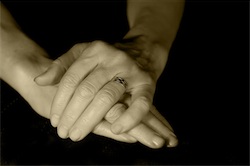 But I like to think my eyes were opened up to gender inequality by my pre-hippie question-authority mother back in the early 1960s, and kept open by 40 years of marriage to a smart, strong woman and 38 years of fatherhood to four now-grown-up, well-educated, and successful daughters (and one son).

So here’s what I know about this:

1.  The statistics are confusing at best.

Statistics on entrepreneurship, startups, and the like are hard to decipher. It looks like women start more companies than men, but it also looks like those companies get less capital and financing. Some will argue that women-owned businesses perform differently, tend to grow slower, or stay smaller.  The truth, however, is that we really don’t know. There are lots of different studies with different results. I can find statistics or studies to justify just about any conclusion I want on this.

2.  Women are under represented in high tech and startups.

We can argue the causes, maybe we could find competing statistics if we search hard enough, but startups and high-tech companies are disproportionately male. The playing field isn’t level. It’s not statistics, it’s seeing the obvious. Women are under represented in startups. Professional investors are mostly men, and venture capital and angel investment goes much more to male-dominated teams. And commercial loans favor men. I say this from what I see myself, as a frequent judge of business plan competitions, an angel investor, and as an entrepreneur who speaks at public forums.

3.  I don’t believe the stereotypical explanations.

Some people say women are under represented by choice, because they choose not to grow, or they like to stay at home, or because of similar reasons. Here too, if you search hard enough, you’ll find studies and statistics and experts to sort of support that idea. I don’t believe it.

Don’t get me wrong: I love the differences I’m aware of between men and women. Gender difference is the spice of life. But I don’t believe those differences have anything relevant to do with who’s starting companies getting funded, getting loans, or growing their businesses.

Sad but true: none of us men really know how hard it is. We look around and we see lots of women working side by side; things are certainly a lot better than they used to be. But let’s not kid ourselves.

For example, men don’t have to deal with some significant percentage of the population — wrong, of course, but still — assuming we’re bad fathers if we work hard; or that we should be at home taking care of the children; or that the house/home work is ours, because of our gender, regardless of the rest of what we do.

That’s the real question. I wish I had a better answer. At the very least, the men in the crowd can recognize that it’s there, think about it, and make sure that we’re not contributing to the problem. Where we can, like in our local angel investment group, we can seek out successful women who qualify to be accredited investors and invite them, maybe even urge them, to join. We can at least know that those women we meet in startups along the way have overcome a lot of mindless stereotypes, and are still fighting them. We can wake up and at least recognize the imbalance. Then maybe we can fight it one situation at a time.