Two days ago I had the pleasure of being interviewed by John Caddell, founder of the Mistake Bank, for a podcast focusing on mistakes. That made me think about some of the things I learned that came from the business mistakes I’ve made. This is over the more than 27 years since I was last an employee, and 22 years of running my (well, our) own business. And despite a fancy business degree.

1. Your employees can’t also be your friends.

Most business owners want to treat employees like friends. We hire people we think we like, we work with them, we share values, so it’s only natural. But I’ve found, I’m afraid, that it doesn’t work. 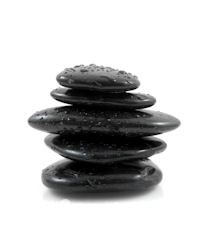 Sometimes friends become employees, and sometimes former employees become friends, but don’t kid yourself. People you pay aren’t really friends. And business requires management, which means goals and tracking and accountability and feedback, which, ultimately, means you aren’t equal. You can’t be both equal and effective.

As a test, ask yourself: when those people you thought were friends leave the company, are they still friends?

This was really hard on me because I brought my anti-establishment quasi-hippie former ’60s persona with me into my business. I’m not naturally comfortable with hierarchy. But in a real business, it has to be there. I learned this the hard way.

Profits are just an accounting concept. You get them by adding up the sales you make over a specified time and subtracting the costs and expenses. But having the sale doesn’t mean you have the money; and the cost associated with that sale might be something you paid months earlier. And furthermore, the money you spend to repay debt or buy assets is completely ignored by profits.

So it’s not hard to go broke while still being profitable. I learned that in business school first but then had to relearn it 15 years later when my company suddenly doubled sales and profits, but it nearly killed us. We were selling through channels, so money from sales came five months later, but we were building inventory and spending on marketing months in advance. So we were spending in October for sales made the following March that generated deposits into the bank in the next July. We nearly went under during our first big growth spurt. So I learned about cash flow the hard way.

3. Good liars are rare but dangerous.

Most liars are obvious and easy to spot, but last week I was chatting with an investor whose firm got into trouble for not catching a problem before they invested. He felt bad. It looked like their “due diligence” process failed. But he said:

“If you think about it, we rarely run across a person who can look you straight in the eye and lie through their teeth without showing it. We’re not equipped for that. When people answer straight direct questions with straight direct lies, they can get away with it.”

That made me think. Lots of people tell lies at odd moments, make excuses, try to squeeze out of things; but with normal people, that kind of behavior trips them up on a regular basis. But the power of the person who lies very well is something else altogether. That’s another one I learned the hard way.

4. You have to live with mistakes.

If you can’t stand mistakes, don’t make them, and don’t tolerate them, then you’re not cut out to have your own business. You are going to make mistakes, you can count on it. You have to be quick and flexible about recognizing mistakes, acknowledging them, and taking whatever steps need to follow them.

One of the best tests of my leadership — and my organization — is “what happens after people make a mistake?”

I agree. I had to learn that the hard way.

5. You can’t do everything, so at least try do the right things.

I call it displacement: everything you do rules out something else that you can’t do. Every entrepreneur wants to build every possible product to please every possible customer. I do an you do too. But we don’t realize, or at least I certainly didn’t for a long time, that trying to do everything doesn’t work. You end up not doing the really important things as well as you should, getting things only half done.

You try to focus. Take a step back out of the chaos, clear your head, and revisit priorities. What really matters? No matter what brilliant ideas you may or may not call your strategy, your real strategy is how you spend your time and your money. I learned that the hard way.