10 Clues That You Aren’t a Leader 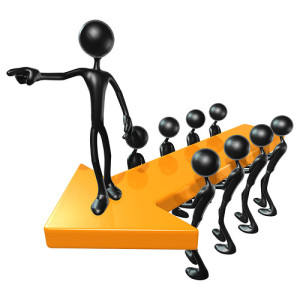 I really know what makes you a leader. I’ve seen dozens of quotes and hundreds of articles, and I took a course on leadership in business school. But leadership depends so much on context and style that it’s hard to make any universal statements that aren’t just empty clichés.

What I do know, though, is that just wielding authority doesn’t make you a leader. Just having responsibility, or a title on your business card, doesn’t automatically make you a leader, either.

And also, I have a pretty good idea of what isn’t leadership. I learned that the hard way. And yes, since you insist on asking, I learned some of them by realizing that they applied to me.

I’m going to list 10 clues that show that you aren’t really a good leader. This is for people in authority. I’m talking to you. You are not really a leader if …

And I want to conclude by emphasizing that last point, which is a clear case of last but not least, and perhaps even the first coming last.

Think about your leadership style in context of the flow of information, particularly bad news. If people wait to tell you, then you’re in trouble.

(Note: this post first appeared as my monthly column for the Eugene Register Guard.)