You Have to Know When to Quit 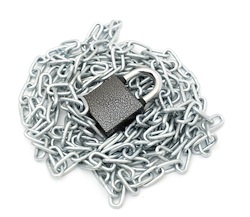 And his take on it, in a nutshell, is this:

The Myth of Persistence

I agree with him. Emphatically. I’ve posted here before on The Myth of Persistence:

Why: persistence is only relevant if the rest of it is right. There’s no virtue to persistence when it means running your head into walls forever. Before you worry about persistence, that startup has to have some real value to offer, something that people want to buy, something they want or need. And it has to get the offer to enough people. It has to survive competition. It has to know when to stick to consistency, and when to pivot.

So persistence is simply what’s left over when all the other reasons for failure have been ruled out.

Knowing When to Quit

And, with that in mind, I like Seth Godin’s take on quitting, which is the main point from his book The Dip (quoting here from Wikipedia🙂

Godin introduces the book with a quote from Vince Lombardi: “Quitters never win and winners never quit.” He follows this with “Bad advice. Winners quit all the time. They just quit the right stuff at the right time.”

Godin first makes the assertion that “being the best in the world is seriously underrated,” although he defines the term ‘best’ as “best for them based on what they believe and what they know,” and ‘world’ as “the world they have access to.” He supports this by illustrating that vanilla ice cream is almost four times as popular as the next-most popular ice cream, further stating that this is seen in Zipf’s Law. Godin’s central thesis is that in order to be the best in the world, one must quit the wrong stuff and stick with the right stuff. In illustrating this, Godin introduces several curves: ‘the dip,’ ‘the cul-de-sac,’ and ‘the cliff.’ Godin gives examples of the dip, ways to recognize when an apparent dip is really a cul-de-sac, and presents strategies of when to quit, amongst other things.