What’s the Difference Between Angel Investor and VC?

I see this confusion a lot: People use the terms “venture capital,” “venture capitalist,” and “VC” to apply to any outsider investing in a startup. However, it’s really useful to draw some distinctions in this area, between three important classifications: venture capital, angel investors, and anybody else. 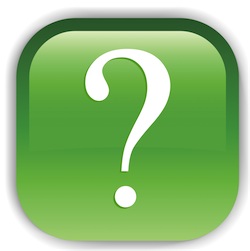 Angel investment is people who are accredited investors as defined by the U.S. Securities and Exchange Commision (SEC), which sets wealth criteria:

they must have a net worth of at least one million US dollars, not including the value of their primary residence or have income at least $200,000 each year for the last two years (or $300,000 together with their spouse if married) and have the expectation to make the same amount this year.

Those rules were going to relax with the Jobs Act of 2012, which people would open the gate to crowdfunding, but hasn’t yet.

The most important distinctions between angels and VCS are:

Aside from those two distinctions, it is generally true that VCs will be more rigorous in studying (called “due diligence”) the investment before they make it. Both angels and VCs will have similar processes for looking at summaries, then pitches, then business plans.

Anything else is called “friends and family,” which really means “not VC” and “not angel investment.” The laws on investment allow a few so-called friends and family, but there are limits. The intention of all the regulation in this area is to prevent the kind of stock frauds that were rampant during the great depression.