Why Did I Start A Business? Not Why You Think

I was talking to a group of students recently and I was asked to comment on what makes an entrepreneur. The student who asked the question wrapped it in the mythology of the entrepreneur driven by the idea, stubbornly, tirelessly proving its value to the world. She wanted me to tell about me wanting to build something big.

But I had to admit that my case was different. I was running away from boredom, not building castles. 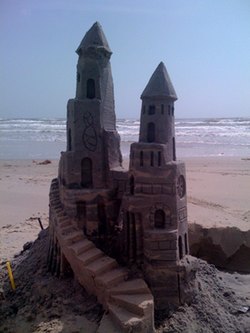 When I left a good job at Creative Strategies and started on my own, in truth it was not because of something I wanted to build, not because of a creative vision, but rather because I thought I could make enough money to keep my family whole and do what I wanted. I wanted interesting work, and I wanted to choose my work. I wanted to actually do the writing and research, not supervise others. It was important to me that what I spend hours doing was something fun — I always found writing and planning and working numbers fun — even though I didn’t have the idea that would create the empire.

Or maybe you like this shorter version: I was married, had kids, so we needed the money; and nobody else would pay me what I needed to make.

And the idea of a software product, that creative vision? Yes, that happened, but that came about 10 years later.