According to Vital Signs – WSJ.com:

The number of students from Stanford University’s Graduate School of Business who have chosen to start their own businesses within four months of graduating has grown to 16% among the 385-member class of 2011—more than a fivefold increase since 1990, according to the university. 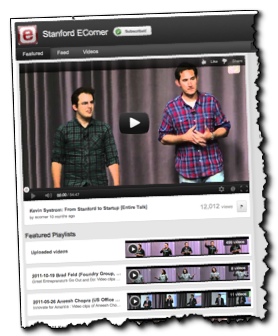 Only 3% of the 1990 class founded their own businesses shortly after graduating, says the school. …

Not that Stanford is special in this regard. Entrepreneurship has taken over business schools up and down the prestige ladder. Harvard, Wharton, Northwestern, same thing. I point out Stanford because those are the emails I get, and the groups I join. And I’m glad the GSB has changed and adapted since I was there, 30 years ago, and most of us wanted to be management consultants.

One response to “A Sign of the Entrepreneurial Times. B-School Startups”