I’ve had some fun with the MBA degree and MBA stigma in past posts on this blog, particularly after a Guy Kawasaki post on his blog that became controversial (though for no good reason … it was just funny … but that’s another story).

This is a serious follow-up to the earlier poking fun. The underlying point here is that serious business ought to be dealing with serious problems, because we — small business, entrepreneurship, medium business, and large business — well, I can’t finish the sentence without pomp and platitude and predictability. It’s just good, or maybe it’s just me. I believe business is better when it has values. Guy Kawasaki says “make meaning” as part of the Art of the Start. I say give your customers value.

“Greening” has been a long time coming. A show of hands please …  how many of you remember the stir caused by “The Greening of America?” Published in 1970 (Ok, a show of hands, 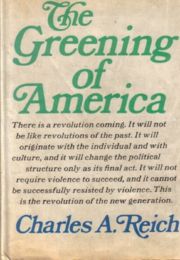 how many of you were old enough to know better in 1970) it was essentially a tribute to so-called “counter-culture” ideas of the late 1960s. We’re talking about Mario Savio and the free speech movement in Berkeley in 1964, then the anti-war movement of the late 1960s, the world wide student movement in 1968, civil rights, the Sierra Club, environmentalism, and hippies.

Which doesn’t mean to imply that anything has changed that much, despite a new anti-war movement, Greenpeace, what we call “tree hugging,” and environmental activism, and whatever other activism is there. Nor does it imply that I didn’t “sell out” many years ago, happily in fact, when I crossed from regular journalism to business journalism and from there, eventually, to an MBA degree and business planning and building my own company. So while I would have liked to have clung to that “hippy” label I once wore with pride, I’ll settle for “ex-hippy.”

So. of course I recognize that the revolution of the late 60s died out, fizzled, or faded slowly into the Reagan years and whatever cynical non-idealist description you want to apply to our present world of spill and spin.  Then we get new sparks like this Green MBA and it reminds me that there is progress. We’ve been talking about global warming since the 1960s so I suppose it’s discouraging how long it’s taken, but then “An Inconvenient Truth” is a stock phrase now. Green is good. Organic is good. Maybe there’s hope. And wire services are writing about green MBAs.

And with that, risking the danger of getting boring and obvious, I’ll close this post with a list of the top “green” MBA programs. You might notice that three of the top five are from outside the United States, which is interesting. And, with apologies for bragging, in a way, because I have degrees from two of the top five and one of the others is from Mexico, my country-in-law.  This ranking is from BeyondGreyPinstripes.org. 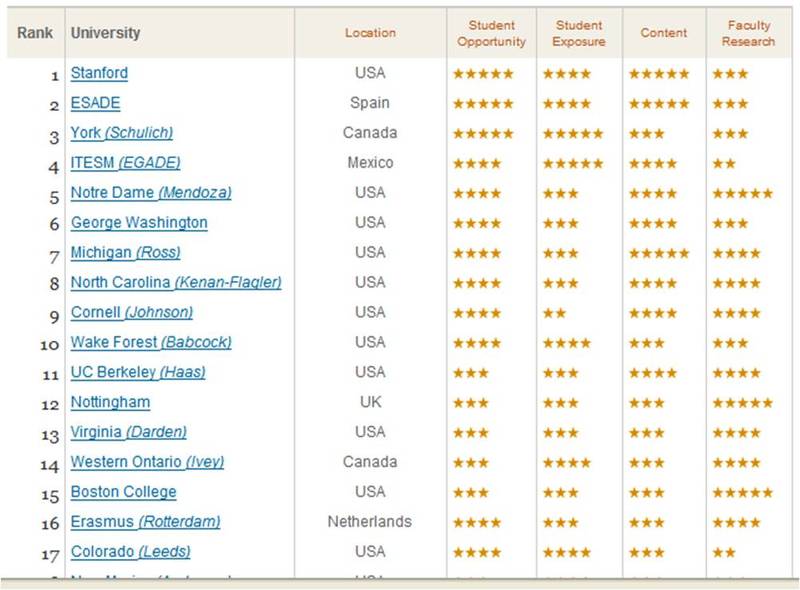