True Story: Home is Where Business is Good

We were in our early twenties, and he was in his late forties. We knew him as the quintessential Oregon lover, born and raised in Oregon, running a lumber business, loving the advantages and ignoring the disadvantages of living in Eugene. 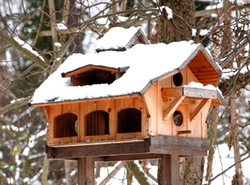 He was smart, successful, and very easy to like. We both liked and admired him.

Then one day he told us he had to move to Los Angeles. We were shocked. We offered our condolences. We couldn’t imagine somebody who would be less happy moving to Los Angeles.

But he surprised us. Here’s what he said:

“No,” he said. “And this is important. You are both young, you need to watch me move to Los Angeles, and learn this lesson. Home is where business is good. I’m going to move happily.”

We spent some time with him a couple years later, after we’d moved from Oregon to Mexico City. He was true to his own advice, happy in Los Angeles.

We’ve reminded each other about that many times over the following 40 years. I can’t say we’ve actually followed his advice, because that situation never came up for us; but we think maybe we would have. And It came up in a family conversation recently, and I want to share it here, as good advice given.

3 responses to “True Story: Home is Where Business is Good”