I’m writing this post from a hotel in San Francisco, using my new 3G iPad (propped against the wall on the desk) and an Apple Bluetooth keyboard. 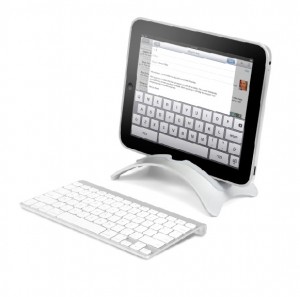 This was supposed to be a quick trip, Friday to Monday, helping my youngest daughter move from Palo Alto to San Francisco. It was going to be a lot of work, leaving not a lot of time for blogging, browsing, or email. And the iPad, although not as useful as a normal laptop, is so much more fun. And I’ve already done one week-long trip carrying both the iPad and a MacBook Air, which felt like some sort of ironic defeat of cool new technology. So I decided to do this one with just the iPad, no laptop.

Here are some random discoveries I’ve decided to share:

Conclusion: it’s a lot of fun. But it’s a luxury item, not a work tool.