Two interesting milestones: a note last week that Ebook Sales Surpass Hardcover in the U.S. coupled with the fact that digital music overtook physical media for the first time in 2011, something I expected since 1998. In both cases what surprises me is not that it happened, but how long it took. And what interests me is who makes the money on timing these trends. Because it sure wasn’t the first mover. 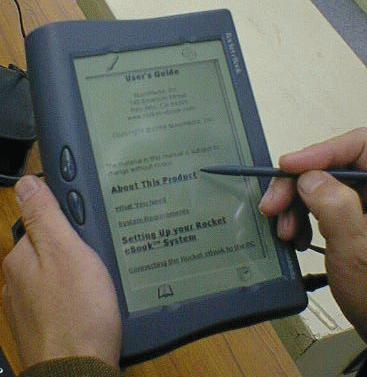 I posted about this in Who Makes the Money on An Inevitable Shoe Dropping earlier this week on the gust.com blog. I was an early adopter in both these markets. I bought the Rocket eBook Reader in 1999. I bought the Diamond Rio mp3 player in 1998. Both products were first movers, innovative leaders, but they were brought out well before the right time. Both were discontinued years ago. And, I think but can’t prove, both were business failures.

What does this tell about first-mover advantage? The ebook reader finally took off roughly 10 years later when Amazon.com and Apple converged on it with hardware and content. The mp3 player took off just a couple of years after the Diamond Rio.

What happened? The tipping point happened. And the first-mover advantage didn’t. Why not? What do you think?