They Should Have Quit While They Were Ahead

Here’s an interesting research finding: “The hormone that drives male aggression and sexual interest also seems able to boost short-term success at finance.” That’s from Randolph Schmid of AP, quoting a Cambridge University research study. And Randolph, presumably male, found a remarkably upbeat lead — men do better on the short term — to summarize the findings. Note the following paragraph in the same story:

“If people want to get practical, it would be good for both banks and the financial system as a whole if we had more women and older men in the markets,” said John Coates, lead author of a study appearing in this week’s issue of Proceedings of the National Academy of Sciences. 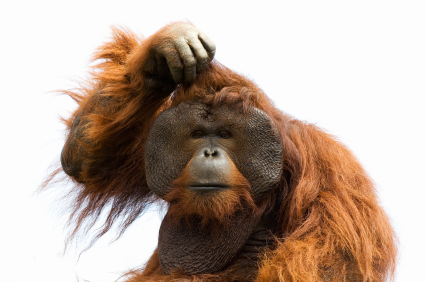 In hormone research there is the “winner model,” based on both human and animal activity, in which competitors have rising testosterone levels. When one wins, his hormone levels increase even more, while they fall in the loser.

That can give the winner an advantage in aggression and risk taking in the next competition, a positive feedback, he said.

But then comes the bad news:

But after a while, the effect overreaches, and the male begins making stupid decisions.

Damn! Just when I was starting to like that story. I saw it in the San Francisco Chronicle, which added more salt to my wounds.

Money and women trigger the same brain area in men, those researchers said.

Harumph!  And I thought it was about aggressive growth strategies.