Brian Solis, author of Engage, expert on social media for business, posted  The End of Social Media 1.0 last week on his blog. Not that there is a 2.0 or 3.0 exactly, he explains, but he says we’re at an inflection point.

… the end of an era of social media that will force the industry to mature. It won’t happen on its own however. Evolution will occur because consumers demand it. 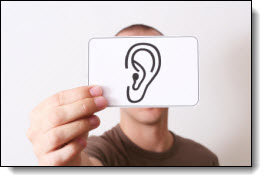 The key point, Brian seems to suggest, is listening. Keep the social in social media, don’t turn it into one-way media.  Corporate social media campaigns – twitter streams, Facebook fan pages, and so on – tend to be one-way communication, Brian suggests, talking without listening:

… there’s more to social media than clever campaigns and rudimentary conversations. Talking isn’t the only thing that makes social media social. Just like adding Facebook, Twitter and other sharing buttons will not magically transform static content into shareable experiences. Listening, learning and adapting is where the real value of social media will show its true colors.  Listening leads to a more informed business. Engagement unlocks empathy and innovation. But it is action and adaptation that leads to relevance. And, it never ends.

I see that as an interesting challenge.  It’s not entirely up to the company whether you communicate with it or not; it’s up to you. Do you engage with logos as people? Do you expect a logo to listen? Does it care what you think about issues, topics, or anything but its brand? Do you care what it thinks about issues and topics outside its specific brand focus?