The Best Argument for Business Education…

… is having a better idea of what’s going on.

No. It’s about having a reasonable idea of the whole business, rather than just the specific function. 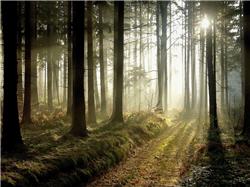 If business education works — and I think we have to admit it doesn’t always — then you have some idea of what’s supposed to go on in finance, sales, marketing, product development, and so on. You avoid tunnel vision. You’re more likely to see the whole forest, not just a few specific trees.

I don’t think the MBA made me “entrepreneurial.” I do think that it made being entrepreneurial easier, because as I struck out on my own, I had at least a general idea of the various functions, and what was supposed to happen. I didn’t have to guess what the buzzwords meant. The knowledge was enabling.

More money? Maybe, more likely if it’s one of the top few schools, but even there, a good opportunity costs analysis usually shows that people are not better off, on pure money terms, quitting good jobs to go back to school for two years.